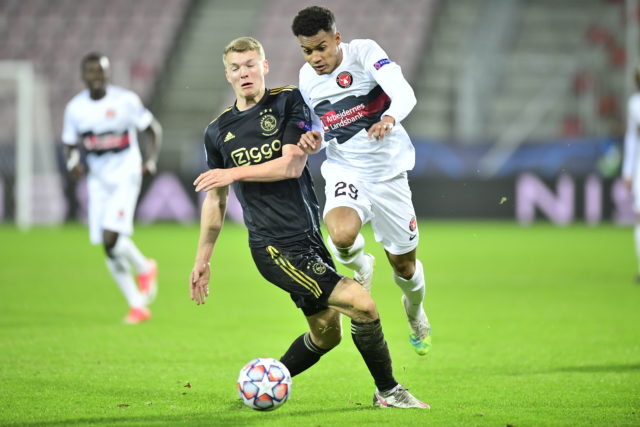 Liverpool are in talks with Ajax to sign Perr Schuurs in the January transfer window, according to reports from Italian media outlet Corriere dello Sport.

The report from CdS claims that the Reds have offered £27m for Schuurs who is a highly promising young defender filling in the void of Matthijs de Ligt since his transfer to Juventus.

The 21-year-old has managed eight appearances in the Dutch league and started in all the Champions League games so far. His playing style is similar to that of De Ligt, and he is apparently a priority signing for Klopp in January.

The youngster has a contract at the club till 2022 and he is yet to pen a new deal. Ajax would be prepared to sell him for the amount Liverpool have reportedly offered.

Liverpool’s injury crisis and what they need in January

The Reds are desperate for a new defender in the January transfer window, with both Virgil van Dijk and Joe Gomez out for a lengthy spell on the sidelines.

In their absence, Klopp has used young talent Rhys Williams alongside Joel Matip, while central midfielder Fabinho has been deployed as a makeshift centre-back as well. Although the Brazilian has excelled in his new role, surely Klopp cannot take the gamble of going through an entire season without a top-class recognised centre-back.

Schuurs is an exciting young talent, available at a reasonable price, but one cannot help but wonder whether he is the player the Reds should be targeting.

In Nathaniel Phillips and Williams, the club already has a strong and reliable back up – players who have the potential to play regularly under Klopp in years to come. The need of the hour is something else.

What Liverpool need in January is a player who would come straight into the side and make a difference, someone like Dayot Upamecano or David Alaba. Alternatively, players like Conor Coady or Ben White would be a very good option given their leadership qualities at the back and Premier League experience.

In comparison, Schuurs looks like one for the future – a player with bundles of potential but may require time to settle in at a new league. With Liverpool expected to fight on both domestic and European fronts, allowing time to a new player is something they cannot afford especially when they are in such a deep crisis.