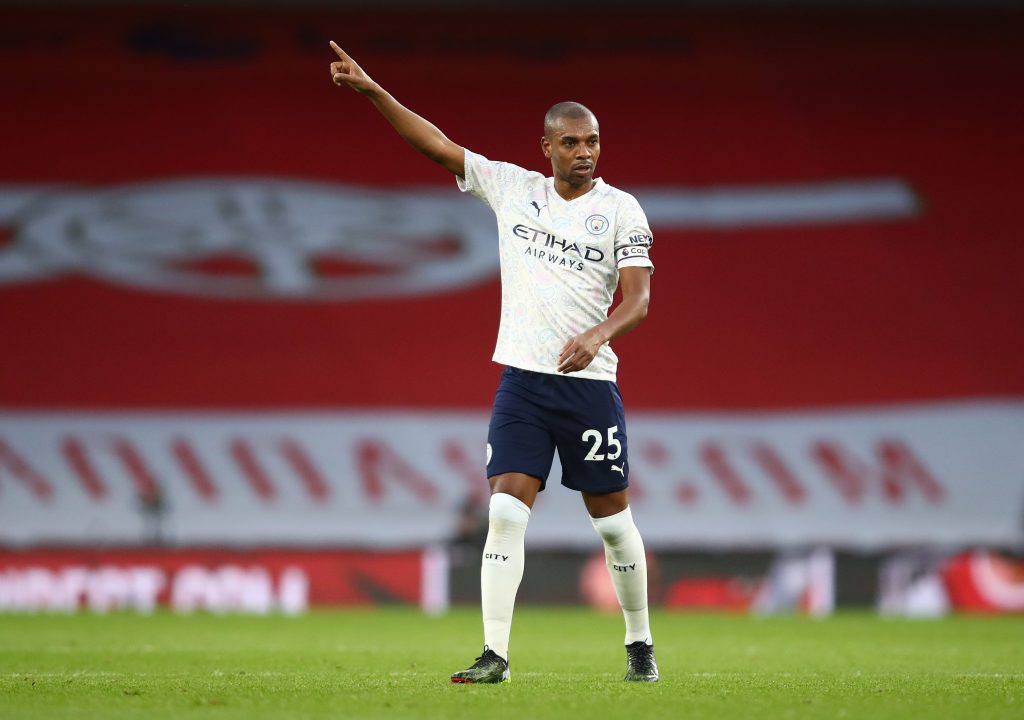 The 35-year-old had barely played in the last few months due to the sublime form of Rodrigo but he was handed a start against the north London side.

He showed his class in the centre of the park with three tackles, two interceptions, four clearances and also won seven aerial and ground duels.

Speaking after the game, Guardiola heaped praise on the experienced midfielder and emphasised that he has been an important player for him.

“I will always remember him. I have been together with him since day one (at City) and he has been so, so important.”

Fernandinho’s playing time has reduced this term with the Cityzens finally finding a settled centre-back partnership in Ruben Dias and John Stones.

He is no longer a regular in the defensive midfield position with Rodrigo taking his spot. However, he continues to excel when offered the opportunity to start.

With the Cityzens still alive across all four competitions, the Brazilian is likely to earn plenty of playing time as he will be rotated with Rodrigo.

His current deal expires at the end of June and it remains to be seen whether the Cityzens can convince him to prolong his stay for another campaign.