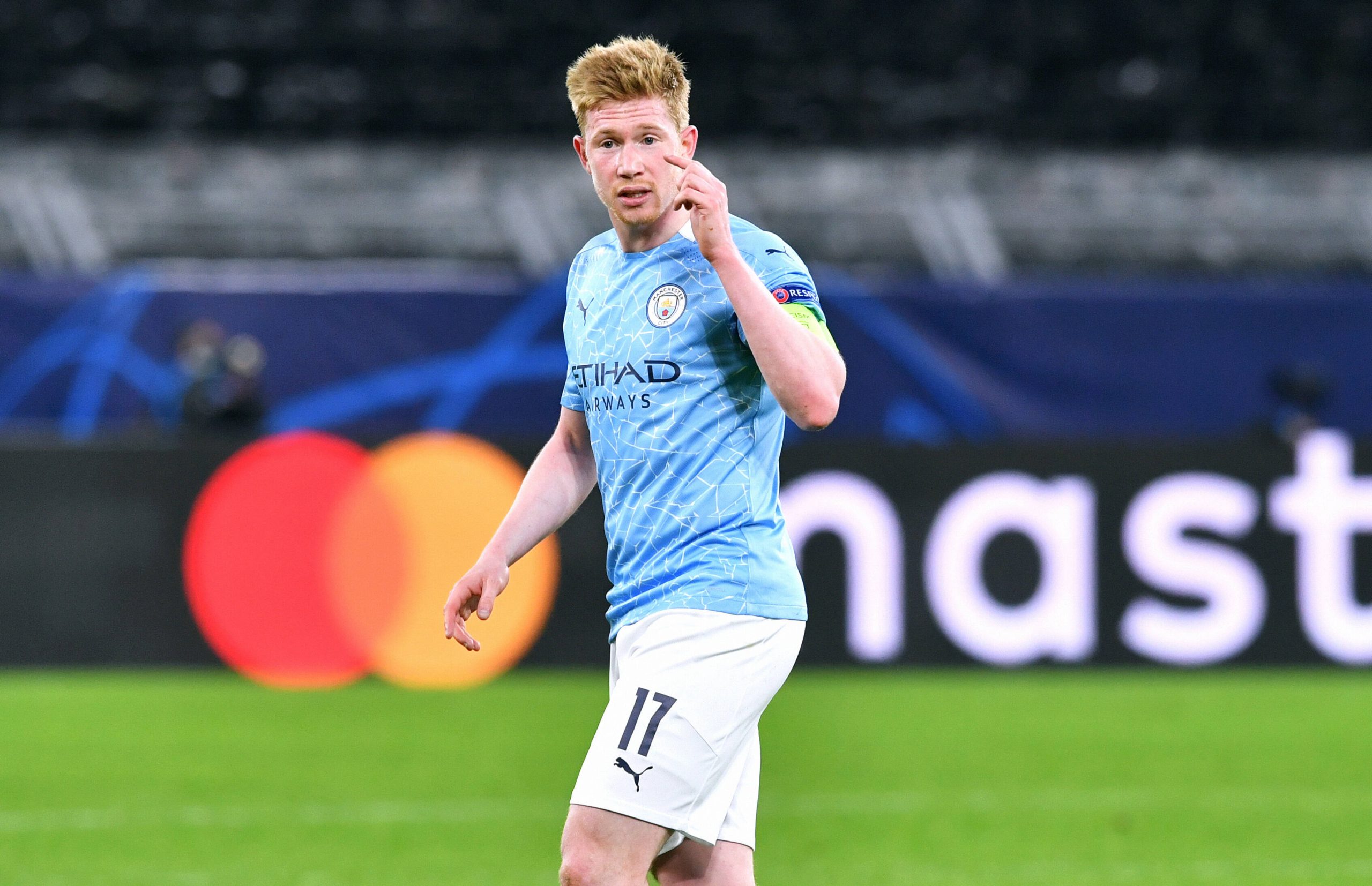 The Cityzens trailed after just 21 seconds as John McGinn scored the Villans, but they levelled proceedings in the 22nd minute through Phil Foden.

Rodrigo then beat the advancing Emiliano Martinez with a header to score into an empty net after 40 minutes to put City ahead.

Guardiola’s side suffered a blow before the interval as John Stones was sent off by VAR for serious foul play after a high challenge on Jacob Ramsey.

However, the playing field was levelled before the hour mark as Matty Cash was dismissed for two yellow cards in the space of just four minutes.

The Cityzens finished the game in a comfortable fashion, and the victory has taken them 11 points clear of second-placed Manchester United.

Speaking after the result, Guardiola provided an update on De Bruyne and confirmed that the foot injury sustained by the Belgian was not serious as first feared.

He added that there is an outside chance of De Bruyne being fit for the Carabao Cup final, but a return for the Champions League semi-final ties was more likely.

He told Mancity.com: “It was less than we expected, and yesterday he felt much better.”

“Today, I don’t know because I didn’t speak with him, but we will see tomorrow’s training.

“I think if it’s not really for this final, hopefully, maybe he will be ready for the semi-finals of the Champions League.”

After two straight defeats in all competitions, the Cityzens made the worst possible start as they found themselves trailing within the opening minute.

However, they provided a strong response and looked in command of the situation once they took the lead before the interval.

They need another eight points to clinch a third league title in four seasons. Their main focus will now be on the Carabao Cup final.

They are favourites for the Wembley showdown against Tottenham Hotspur this weekend but can’t take the north London club for granted.

Spurs have won two of the previous three meetings, and there could be a new manager bounce after Ryan Mason (interim) replaced the sacked Jose Mourinho.