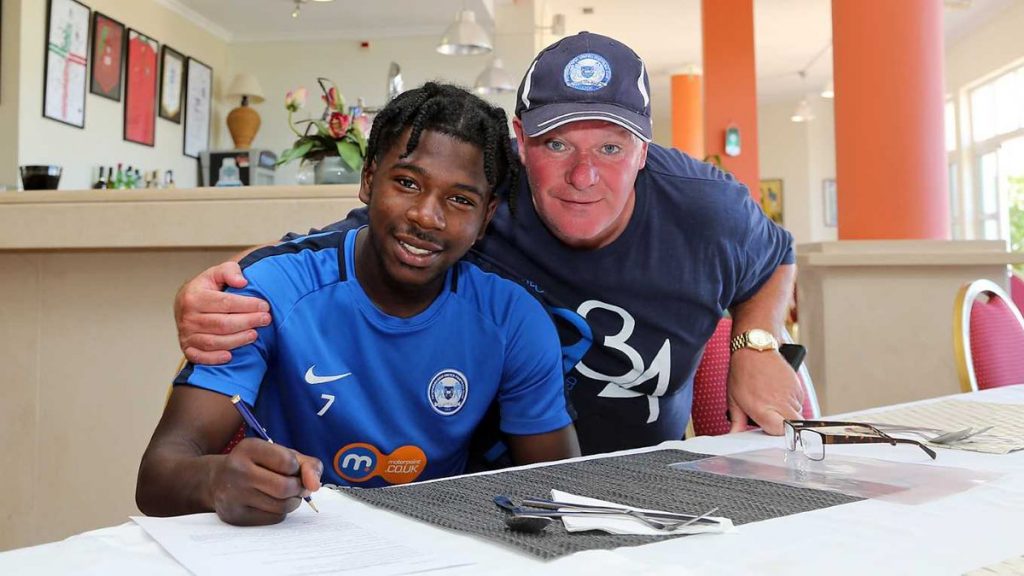 League One side Peterborough confirmed on Tuesday that they had signed Manchester City forward Isaac Buckley-Ricketts for an undisclosed fee and on a three-year-deal and supporters were not happy. The 20-year-old had an ignominious spell on loan at Oxford United last season and many have warned Peterborough of the risk they’ve taken by signing him.

Be interesting to see how this works out. Looked like a spoilt kid playing out of his depth in men's football at OUFC.

Gd luck with him Darragh. You'll need it?

He was one of the worst players I’ve ever seen at Oxford Darragh, but wish him luck for you guys ??

As an Oxford fan living and working in Peterborough I pass on my sincere condolences. Do keep the receipt.

Really ! One of the worst players -ever – at OUFC – comes on a sub and subbed after 16 minutes as he couldn’t be bothered !! ??

Buckley-Ricketts rose through the youth ranks to the fringes of the Manchester City first-team but never made an appearance for the senior side. He featured eight times for the u18s, four times for the u19s and 24 times for the u23s. He was also loaned out to FC Twente for the first-half of the 2017/18 season (making eight appearances) and ended the campaign at Oxford (making 12 appearances).

The forward was accused by Oxford supporters of not applying himself in games and having a complacent attitude, after Buckley-Rickett’s loan spell with United went poorly. They’ve sent such warnings to Peterborough after the signing was announced, but club owner Darragh MacAnthony defended the move and said the decision was down to manager Steve Evans have faith in him. Time will tell if Posh made the right call to gamble on him.