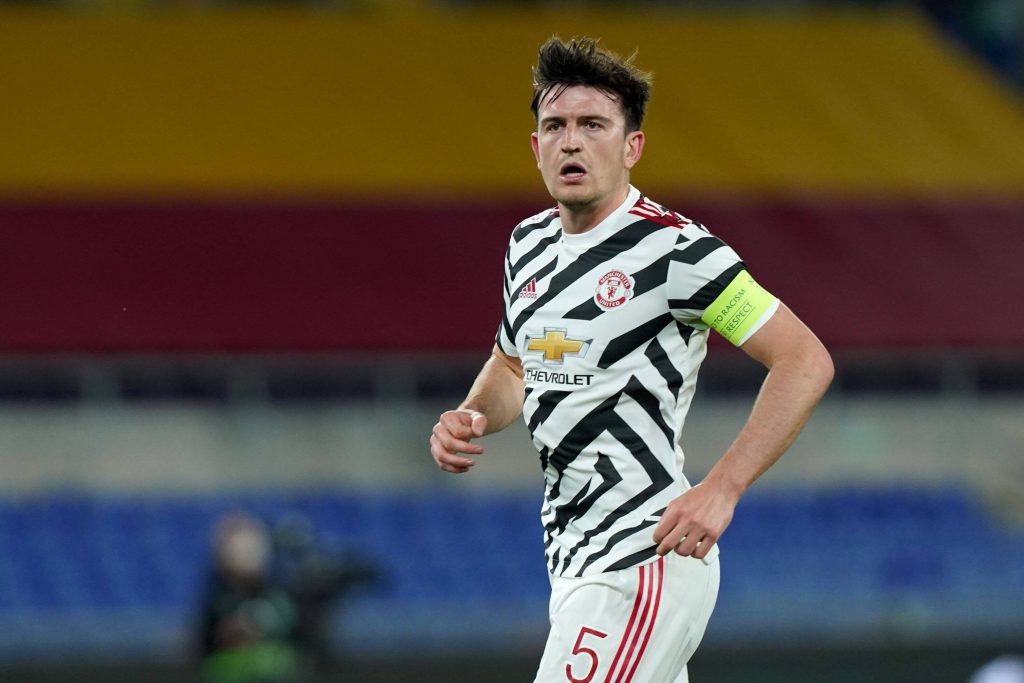 Manchester United manager Ole Gunnar Solskjaer has said that he is optimistic over Harry Maguire’s availability for the Europa League final against Villarreal next week.

The England international suffered an ankle injury in the Premier League win over Aston Villa this month and subsequently missed the defeats against Leicester City and Liverpool.

The Red Devils have two more league games before the European final in Gdansk. Solskjaer said that he is positive about the defender’s chances of featuring against Unai Emery’s side on May 26.

He told Manutd.com: “He’s making progress. When I spoke to him this morning, he was quite positive but, naturally, the day after it happened we were all down.”

“We saw early on or we decided that we have to focus, have to be positive, and think that you’re gonna make it until you have to say ‘no’. I’ve always been an optimist, so we’re positive.

“But we’ve consciously taken the route of not testing him out too early, too quickly, because we don’t want to aggravate something. He wants this so much, so he doesn’t want to take any risks, either.”

Maguire has been an instrumental figure in the heart of the defence, playing every league minute in his United career before the setback.

He has made 52 appearances this season, totalling 4,653 minutes. No other player in the United squad has been on the playing field longer than him.

The centre-back has received criticism from some supporters, but it can’t be denied that United are a better defensive unit with his presence.

Eric Bailly and Victor Lindelof played together against Liverpool last week, and the partnership was far from effective as they conceded four goals.

The duo have not played much together since Maguire’s arrival two years ago, but they will need to find a better understanding in the next few games.

While Solskjaer will be desperate for Maguire’s return for the final, he may not want to risk him unless he is declared fit to play the whole game.

The £190,000-a-week star has a busy summer ahead as he could play a key role for the Three Lions in the pursuit of their first-ever European Championship title.