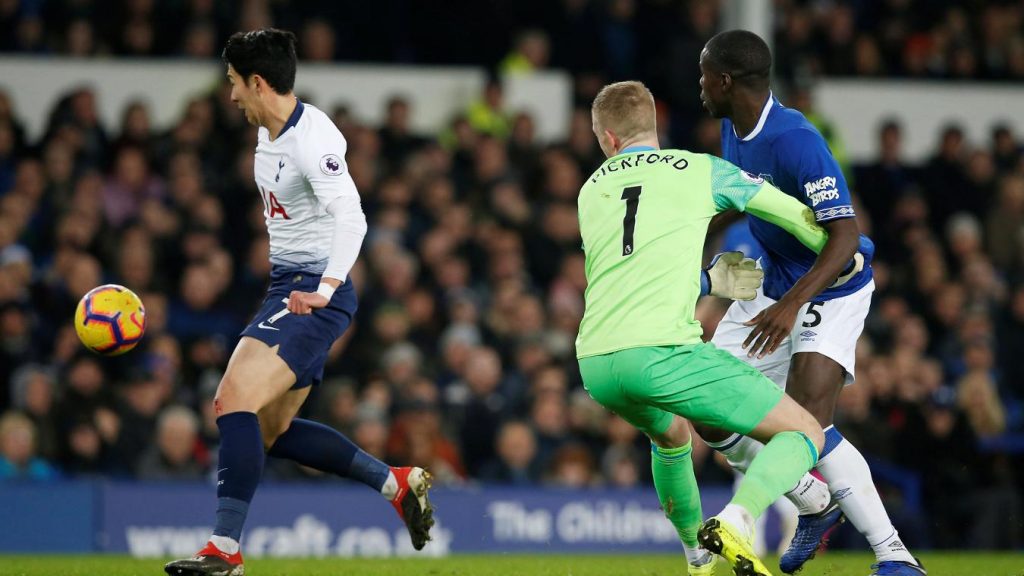 Marco Silva has showered praise on French defender Kurt Zouma, and the Everton boss is willing to sign him on a permanent deal in the summer.

The 24-year-old defender joined Everton on the deadline day in August, on a season-long loan.

Chelsea were reluctant to sell the France international to Everton during the summer transfer window, but the Blues decided to send him on a temporary deal.

The Toffees boss is pleased with Zouma’s performance this season, and according to the Liverpool Echo, Everton are expected to push for his permanent transfer when the window opens again.

Zouma has four years left on the contract he signed with Chelsea in July 2017, but Everton are keen to sign him permanently in the summer.

Silva has insisted that he is ‘really pleased’ with Zouma’s performance and added that the the defender is improving all the time.

Zouma was seen as surplus to requirements at Chelsea under Maurizio Sarri, who is under pressure to keep his job after a string of poor results.

“I am really pleased, to be really honest with you,” Silva told the ECHO. “Really pleased. I took the decision in the last day of the market. I had the name in my mind, always, and was in contact with people who are close to him but I had that solution in mind, even if you know the club doesn’t want to sell him.

“But to be honest with you, I see many, many conditions in which he can improve, and he knows because I speak to him everyday what I am demanding of him.

“But I am really happy with him, he is improving, trying, he is a good professional, he is happy in our club, he is a good team-mate and a really important player.

“Let’s see what we can do or not in the future. But it’s also about his opinion, about his future. But we are really happy with him.”