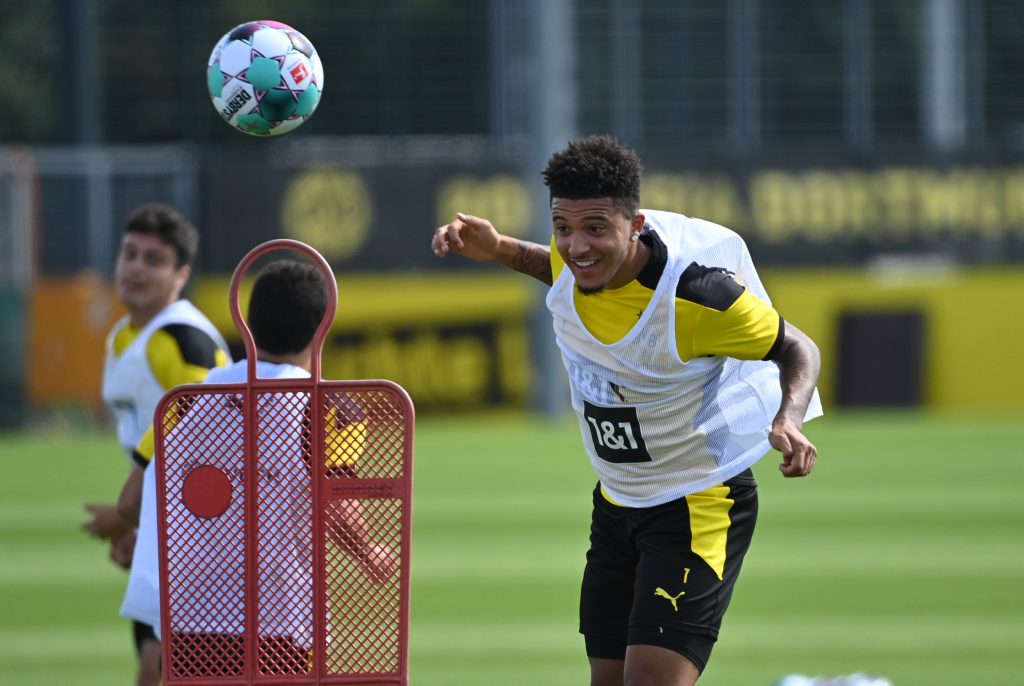 Manchester United are prepared to make a take-or-leave offer for Borussia Dortmund attacker Jadon Sancho, a report from The Mirror claims.

The Red Devils have experienced a quiet summer transfer window and they have made just the solitary signing in midfielder Donny van de Beek from Ajax.

With less than two weeks remaining before the transfer deadline, the Red Devils appear prepared to make their opening bid for Sancho.

Dortmund are said to demand around £108m to part ways with the England international, but the Red Devils remain reluctant to meet the price tag.

Instead, they are planning to make an offer worth £90m for the former Manchester City graduate which will include £15m as an add-on package.

It is added that the Red Devils are unlikely to make another bid for the forward and believe the offer is acceptable, given the financial impact of the coronavirus pandemic.

United found some success with Mason Greenwood on the right wing during the backend of the campaign, but the youngster is not a natural in the position and prefers to play upfront.

On the contrary, Sancho is comfortable playing on both flanks as well as the number 10 role and he would definitely improve the club’s goalscoring threat.

The 20-year-old bagged 20 goals and 20 assists from 44 appearances during the previous campaign for Dortmund while operating across the attack.

It remains to be seen whether United can convince Dortmund to change their transfer stance and sanction the deal before the October 5 deadline.