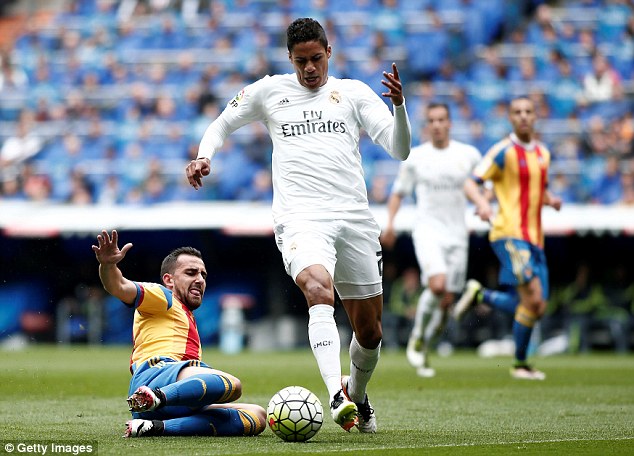 Manchester United have handed a blow in their pursuit of signing Raphael Varane after the defender confirmed that he will stay at Real Madrid beyond this summer transfer window.

The France international’s future at the Spanish capital club was uncertain and was linked with a move away from the Champions League winners. He was signed by the La Liga giants when Jose Mourinho was their manager.

United confirmed the former Chelsea boss as their new manager in May. Since Mourinho was appointed, Varane has been linked with a move to Old Trafford, according to the Daily Mail.

However, Varane has now ended the speculations surrounding his future after suggesting that he feels loved at Madrid.

“Yes, I want to stay here this year. I think everything is here for me to continue my progression,” Varane said, as quoted by ESPN FC.

“I feel loved by the club and by the fans who have always treated me almost like a youth product.

“The best players are here, everything is here for me to keep improving and I’m really enthusiastic about improving. The best is still ahead of me.”

Madrid are managed by their legend Zinedine Zidane, who is also Varane’s compatriot. The central defender went on to reveal that he held talks with his manager and the club. Following the conversation with his manager, the Frenchman remains confident that he will keep progressing at the Santiago Bernabeu.

“In life you take decisions, I spoke with the club, I spoke with Zizou and I trust that I’m going to keep improving here and the best of me is still to come,” the defender explained.

“In life you take decisions and I’ve chosen to stay here because I want to be here and I want to be in Madrid.”