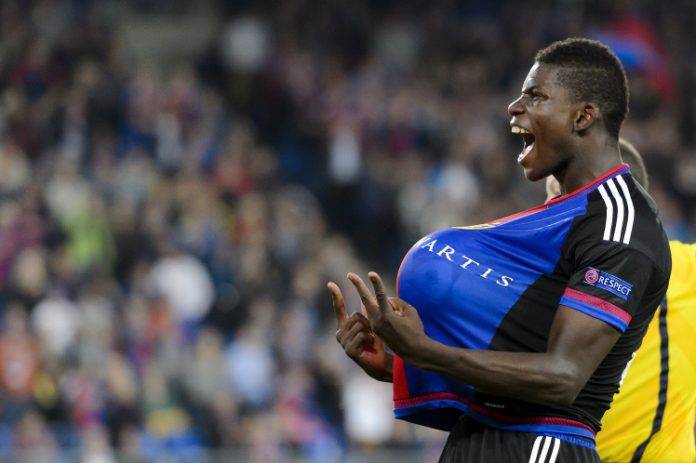 Manchester United are thought to be eyeing up a move for the highly rated Basel striker Breel Embolo.

The 18 year old forward is regarded as one of the best young attacking talents in world football and Manchester United could be plotting another big money move like that of Anthony Martial to secure his services.

According to Swiss publication Blick, Peter Braund, the chief Manchester United scout was present during the match between Basel and Fiorentina to watch the young striker.

The Old Trafford outfit are in desperate need of a striker and Embolo could be the perfect foil for Anthony Martial over the next few years.

Embolo is a quick, agile and athletic forward who can operate in a variety of attacking roles. The Basel striker can play as a wide forward or a number nine.

Embolo could be a long term partner for Martial at Manchester United. Club captain Wayne Rooney is evidently on a decline and has struggled to deliver as a striker this season.

It would be wise of Manchester United to consider signing another talented forward like Martial and use Rooney as an attacking midfielder, a role which would suit his qualities and age.