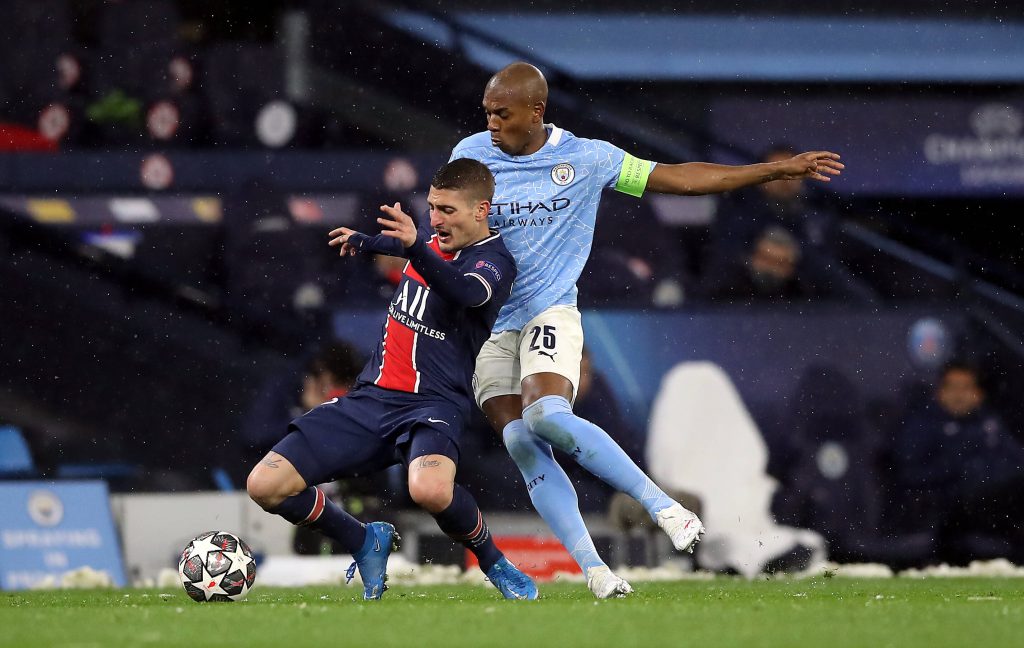 Manchester City are planning to renew midfielder Fernandinho’s contract for another season after his impressive run of form in recent months, The Mail reports.

The 36-year-old has been a mainstay in the Cityzens squad since he arrived from Shakhtar Donetsk in 2013, but his playing time has reduced this term.

The Brazilian has played over 2,000 minutes of first-team football, but he has managed only 11 starts over the course of the Premier League season.

Despite this, he is hugely valued by Pep Guardiola and was recently preferred over Rodrigo for the second leg of the Champions League semi-final tie against Paris Saint-Germain.

Guardiola described the midfielder’s performance as ‘incredible‘, and it is now reported that the club could extend his contract which expires in June.

It was recently suggested that the Champions League final against Chelsea this month could be the farewell game for both Fernandinho and Sergio Aguero.

However, the Cityzens are now planning to prolong the midfielder’s stay, with the promise of a coaching role when he decides to end his playing career.

Fernandinho played in an uncustomary central defensive role last season after a long-term injury to Aymeric Laporte, and he struggled to perform with consistency.

He has returned to his preferred defensive midfield role this season and has been offered an equal chance with Rodrigo in the starting XI since February.

He has shown that he can get the job done at the highest level, and the Cityzens will hope to keep him for another campaign while finding the ideal successor.

Fernandinho, who is currently on £150,000-a-week, has made 347 appearances in all competitions for the Mancunian giants to date.

Read: Which team is most likely to challenge Manchester City for the title next season?