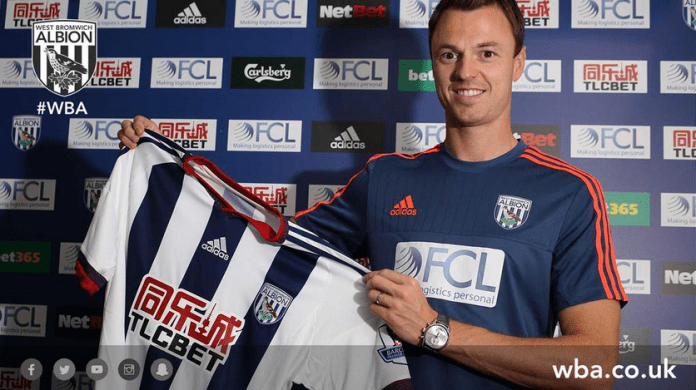 According to BBC, the West Brom captain is a target for Pep Guardiola and talks have taken place between the two clubs regarding the 29-year-old defender.

Evans would be a useful addition to the City squad for the next couple of seasons. He has the experience of playing in the Premier League for a title chasing club. Also, his ability to play out from the back and his reading of the game would help him settle in at Etihad.

BBC claims that a fee has not been agreed yet. Apparently, Leicester tried to sign the WBA defender earlier this summer but their offer was rejected straight away.

Manchester City are one of the best clubs in the world and Evans might want to join them if the interest is genuine. At 29, he might not get another chance to play in the Champions League.

Last year Arsenal tried to sign the player but WBA blocked the move.

The defender has two years left on his current deal and it will be interesting to see whether the Baggies sanction a sale this summer.

If they do decide to cash in on him, they might struggle to replace the Northern Irishman this late in the window. Plus, the market is inflated right now and they might not be able to afford a player of similar calibre.

Finally, Evans still lives in Manchester and therefore he won’t face any relocation issues should the move happen.