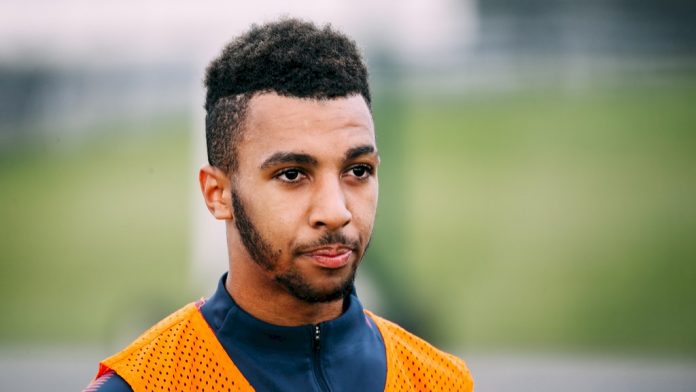 Manchester City have agreed a professional deal for highly-rated winger Henri Ogunby. The 17-year-old confirmed the news on social media and will hope to rise through the youth ranks to the first-team in the coming years. Ogunby, who can also play as a centre-forward, has impressed with the u18s and has been called up to the reserves without making an appearance.

The teenager scored and created 18 goals in 27 games for City u18s last season and will surely be promoted to the u23s for 2018/19. If he can turn in some good performances, there’s no reason why Ogunby can’t catch the attention of manager Pep Guardiola. There’s stiff competition for a lasting place in the first-team, but the winger could certainly make the matchday squad for a domestic cup game.

Bernardo Silva, Raheem Sterling and Leroy Sane currently make up Guardiola’s options out wide in the senior side, so it’s unlikely Ogunby will be dethroning any of the aforementioned trio. Nevertheless, there’s clearly a pathway into the first-team, if only to make the bench, as Phil Foden’s rise to near-prominent has shown in the last 12 months.

Ogunby has bought himself some time to develop after landing a professional contract and his form at youth level has been excellent. The aim is to continue improving and eventually hope to get the nod from Pep.