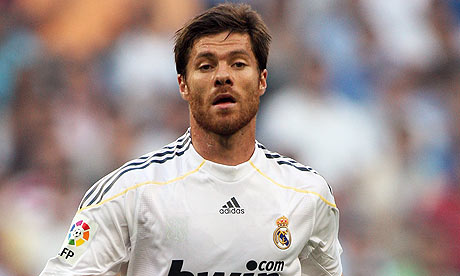 It’s no secret Liverpool have been interested in re-signing Real Madrid midfielder Xabi Alonso this summer.

His asking price is said to be around £7M. Brief talks are reportedly undergoing between both parties, but no official bid has been tabled as of yet.

Liverpool manager Brendan Rodgers regards the 31-year old as a player who could elevate the club back into the Champions League next season.

The Spanish international achieved cult-level status during his five years with Liverpool between 2004 and 2009 – making 207 appearances, and scoring 18 goals. He has always maintained he has no regrets on leaving to join Real Madrid, but with a new arrival at the Santiago Bernabeu, Alonso could well find himself replaced next season. 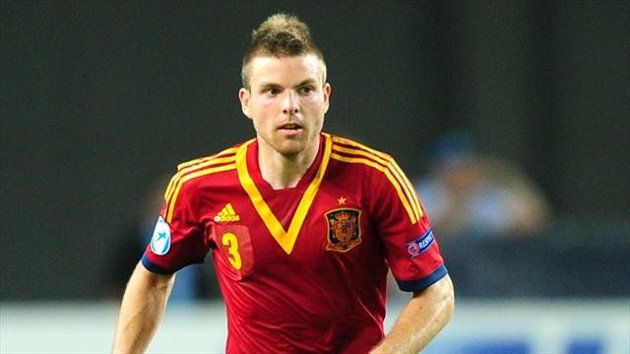 The La Liga runners-up announced the signing of ex-Real Sociedad midfielder Asier Illarramendi pictured for a fee said to be around £34M. The 23-year old has been dubbed ‘the new Xabi Alonso’, and made 32 league appearances last season – his best return of games.

Illarramendi, a Spanish U21 and U23 international, has come of age this season, and could make an instant impact in the Madrid side. With Alonso’s advancing age, he could find his position up for grabs in the summer, as Real Madrid’s new manager Carlo Ancelotti looks to build a younger, rejuvenated squad for the coming 2013/14 season.

Liverpool are hoping they can convince Alonso to return back to Anfield, and see out his career in the Premier League. Rodgers has said reaching the Champions League is the next step for Liverpool and Alonso would be a great addition to the team to help achieve that.

The fans are already licking their lips at the prospect of a return for their former hero, and it will certainly put Rodgers in a commanding position should be pull off the coup.