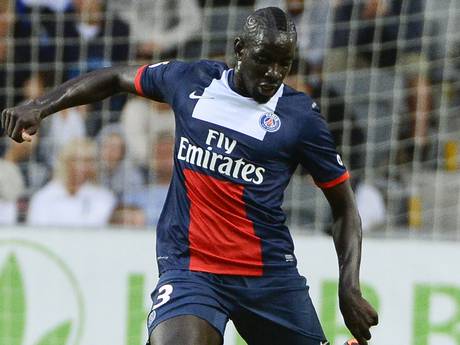 Liverpool have confirmed the signing of Paris Saint-Germain defender Mamadou Sakho for a fee of around £17M – penning a deal keeping him at the Merseyside club until 2017.

He successfully passed a medical at Liverpool’s Melwood training complex.

The 23-year old made 27 Ligue One appearances last season – scoring two goals. This summer, he revealed his discontent with having lost his place in the starting lineup for PSG, and wanted to leave the side.

Following the arrival of the highly-rated centre-back Marquinhos from Serie A side AS Roma, Sakho took it upon himself to find a move away from France.

Liverpool approached the France international, and manager Brendan Rodgers did all he could to convince Sakho Liverpool were going in the right direction.

‘I’m delighted to be here. I came here because the project that is in place at Liverpool interests me. I’m really looking forward to playing my first game. I can’t wait to get on the pitch. I know the Liverpool fans are fantastic and while I was in France, it was clear for me to see they are amongst the best in England.’ – Mamadou Sakho.

The centre-back is the seventh signing of the summer for Liverpool – following the arrivals of Luis Alberto, Iago Aspas, Aly Cissokho, Tiago Ilori, Simon Mignolet, and Kolo Toure.

Sakho also added how he hopes his time with Liverpool will keep him in or around the France squad, and he wants to add to his caps this season.

With the 2014 World Cup next summer, the 23-year old is keen to be in the best form possible to put himself in contention of a call-up.