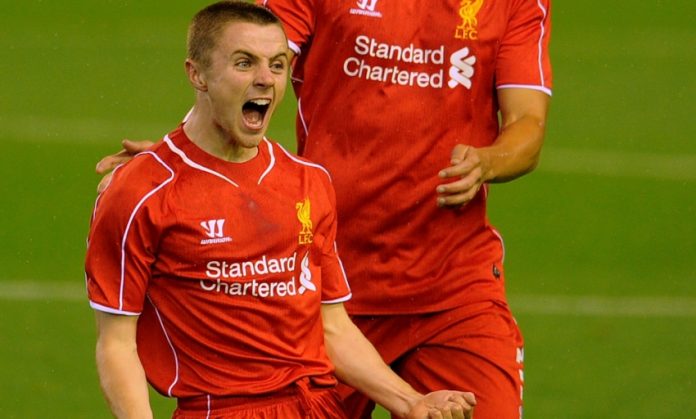 Liverpool midfielder Jordan Rossiter is expected to leave the club this summer. The talented young midfielder is set to sign for Scottish outfit Rangers.

Once likened to the Liverpool legend Steven Gerrard, the 19-year-old Academy graduate is out of contract at the end of the season and has decided to move on in order to further his career.

Due to his young age, Liverpool are going to receive around £250,000 in compensation.

According to the Liverpool Echo, Rangers got in touch with Liverpool on Friday afternoon and informed the Premier League outfit that they plan to begin talks with Rossiter soon.

Rossiter is out of contract this summer and is allowed to hold talks with non-English clubs since January 1. It is understood that the academy star is keen on joining the Scottish side.

Rangers’ head of recruitment Frank McParland, the former Liverpool Academy director, is a big admirer of the midfielder.

The young scouser is not in Jurgen Klopp’s plans for next season and has rightly decided to move on. Rangers will be able to offer Rossiter the first-team football which he craves at this stage of his career.

The young midfielder made his debut in a League Cup tie against Middlesbrough at Anfield in September 2014 and he managed to score in that game and became the second youngest goalscorer in the club’s history.