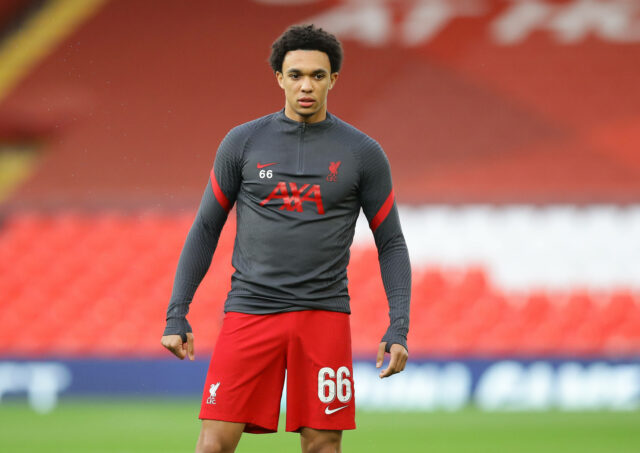 Liverpool have been knocked out of the Champions League by Real Madrid and it means they will end the season trophyless.

The Reds lost 3-1 against Madrid in the first leg. They did improve at Anfield in the second leg and managed a 0-0 draw. In the end, it wasn’t enough.

Liverpool were solid at the back and created some very good chances. Had they been clinical, the result could have been different.

Many Liverpool fans took to Twitter to express their reaction to Trent Alexander-Arnold’s performance last night.

Many of their chances came from the feet of Alexander-Arnold who surely has now silenced many of his doubters.

While there’s no doubt that he is one of the best attacking right-backs in the entire world, many feel that he is suspect at the back.

He was omitted from the England squad by Gareth Southgate, but he proved the folly of that decision with a strong performance here.

Alexander-Arnold produced six key passes during the clash, more than any other player on the pitch. He had 104 touches, made three interceptions and completed two successful tackles during the game.

Trent Alexander-Arnold ran this game from right back, once again proving why he's the best in the world

Trent was superb at both ends. The kind of talent English football is scared of because it doesn’t know what to do with him.