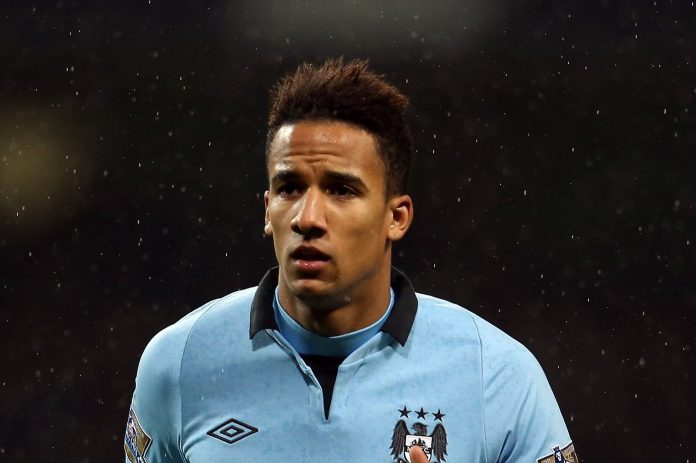 Out-of-favour winger Scott Sinclair, currently of Manchester City, could be loaned out this season to get regular first-team football.

The 24-year old has failed to force his way into the starting line-up at Manchester City – making only two Premier League starts last season.

With the Citizens announcing the signing of Spanish winger Jesus Navas, Sinclair finds himself with even more competition for a starting place.

However, he is said to be keen on continuing his development in the form of a season-long loan spell – rather than a permanent deal away from the side.

Everton, Liverpool, and his former side Swansea City are said to be some of the sides interested in the Englishman.

Sinclair, an England U21 international, signed for Manchester City from Swansea in 2012 for a fee said to be around £7M.

After a season of being overlooked by the Premier League runners-up, the winger is keen to resurrect his career and increase his chances of attaining a senior cap for the England national team in time for the 2014 World Cup.

No official bid has been made for Sinclair, but he is expected to be joining another Premier League side on loan for the 2013/14 season in the coming weeks.