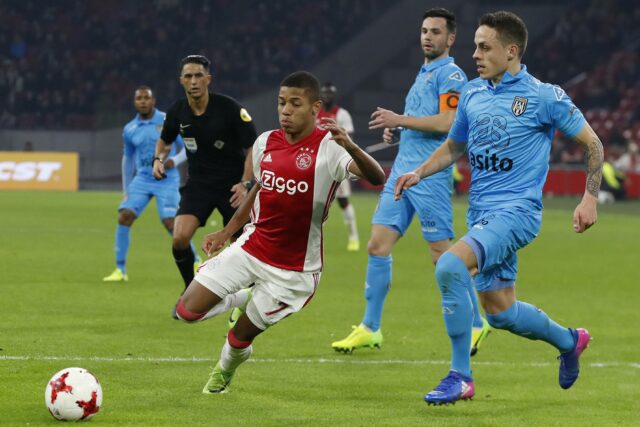 Leicester City are interested in signing David Neres from Ajax.

According to Ajax showtime (h/t The Sun) the Foxes are looking to add another winger to their ranks and have earmarked Neres as an option.

Neres is expected to leave the Dutch giants before the end of the transfer window.

Leicester boss Brendan Rodgers is a big fan of the player, and the Foxes are working on a deal to bring him to the Premier League.

The 24-year-old was close to joining French outfit Lyon earlier this summer, but it seems Leicester have hijacked the deal.

The seven-times capped Brazilian joined Ajax in the January transfer window of 2017. He has been a key player for the Dutch giants, making over 155 appearances for them.

He has a contract at the club until 2023, and Ajax probably feel the time is right to cash in on him. It is unclear how much Leicester need to pay to sign him.

Neres is primarily a right-winger, but he is versatile enough to play on both flanks.

Leicester already have quality attacking midfield options like Harvey Barnes, Marc Albrighton and James Maddison, but Neres would be an excellent addition.