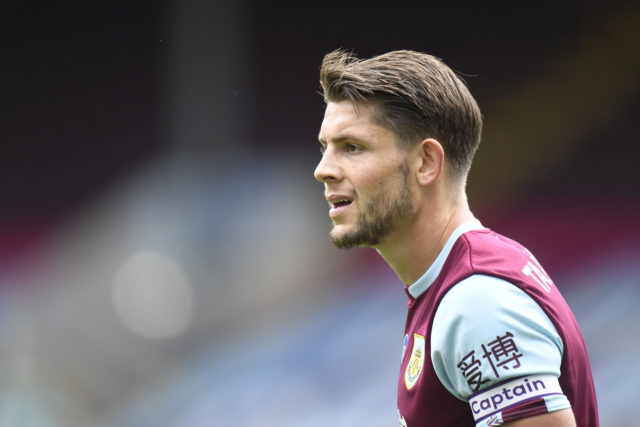 Leicester City have failed with a bid of around £30m to land the signature of Burnley centre-back James Tarkowski, The Telegraph reports.

The England international has been a long-term target for the Foxes and they were initially interested in signing him last summer after the sale of Harry Maguire to Manchester United.

It was recently revealed that the Foxes had revived their pursuit of the 27-year-old and were discussing a possible £30m deal with the Clarets.

However, it appears that Sean Dyche’s side have quickly snubbed the approach from the Foxes despite the fact that the club were prepared to include some add-ons.

The Foxes currently have Jonny Evans, Caglar Soyuncu and Wes Morgan as the only specialist centre-backs, who are preferred by Brendan Rodgers.

Filip Benkovic, who is currently injured, is another option to consider, but Rodgers has previously stated that the Croatian could be loaned out for the season.

Hence, the east Midlands outfit definitely need to add more depth in the central defensive department, but so far, they have been unable to make any new additions.

Aside from Tarkowski, they have looked into the possibility of signing Wesley Fofana, but Saint-Etienne are determined to keep hold of him for at least one more season.

The Foxes have been hampered by multiple injury concerns at the start of the campaign. Wilfried Ndidi is the latest long-term absentee due to an adductor injury.

Ndidi filled in at centre-back for the suspended Evans last weekend, but he eventually suffered the injury setback.

It remains to be seen whether the Foxes are able to convince the Clarets to lower their £50m price tag for Tarkowski before the October 5 deadline.