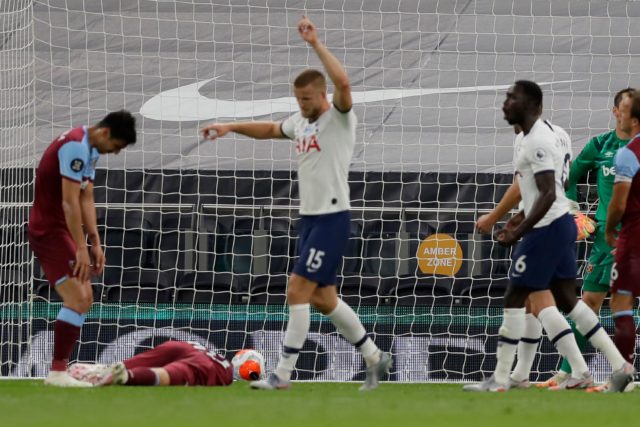 Earlier today, Jose Mourinho was speaking to the media ahead of Tottenham’s Premier League clash against Sheffield United on Thursday.

The Spurs boss covered a wide range of topics, one of them was the contact situation of Eric Dier.

Dier has a contract at the club till 2021, and once again Spurs are faced with a curious problem with him.

The England international’s market value has dropped drastically because he has not featured enough in the last 12 months due to injury and health treatment.

Since returning to full training, he has made 16 appearances in the Premier League this season.

Dier, who has previously played in Portugal, would not mind moving elsewhere, but it seems Spurs want him to stay.

The 26-year-old has played as a central defender and as a defensive central midfielder and Jose Mourinho feels that Dier now has a better idea of his role.

The Portuguese claims that Spurs chairman Daniel Levy has told him that he wants Dier to stay at the club. Also, Dier is happy at Spurs at the moment and Mourinho hopes both the parties can reach an agreement shortly.

“So I hope that we can find an agreement because I’m trying to take the team in a certain direction and when I try to develop a player in the team it’s because I’m waiting for a player to stay with us.”

Given Dier has only a year left in his current deal, it could have prompted Spurs to offload him, given they won’t have a huge budget to operate in the market. But it seems Mourinho is keeping his faith in Dier’s ability.