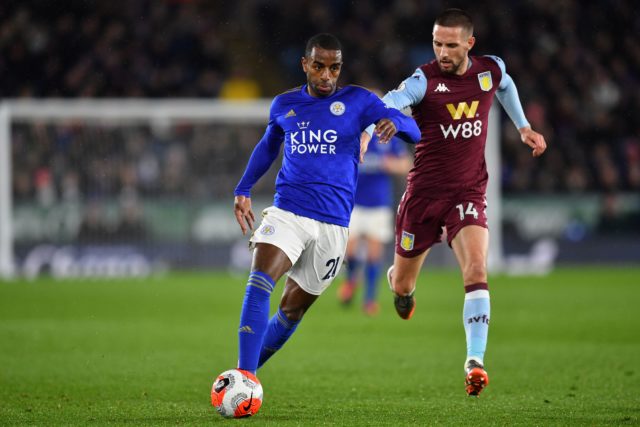 Carragher has picked Liverpool’s Trent Alexander-Arnold in his Premier League team of the season. However, the Sky Sports pundit has reserved praise for the likes of Aaron Wan-Bisakka and Perreira, although he has suggested that very few players have come close to the Liverpool youngster’s level.

The 26-year-old joined Leicester City in 2018 from FC Porto and has emerged as one of the key players for Brendan Rodgers’ side this season.

The right-back has made 26 appearances for the Foxes this season, scoring three goals and providing two assists in the Premier League. He has been very consistent this season, and Carragher has suggested that he is a big fan of the Portugal wingback.

Carragher has suggested that the former Porto defender should be playing in the Champions League, and he hopes that the 26-year-old get to play at the highest level of European club competition next season with Leicester City.

“I’m also a big fan of Leicester’s full-back Ricardo Pereira; every time I watch him play, he’s a really classy player who should be playing in the Champions League and hopefully he will next season for Leicester,” said Carragher to Sky Sports.

The Foxes really have a good chance to finish within the top four this season. They are 29 points behind league leaders Liverpool but are enjoying a healthy five-point lead over fourth placed Chelsea.