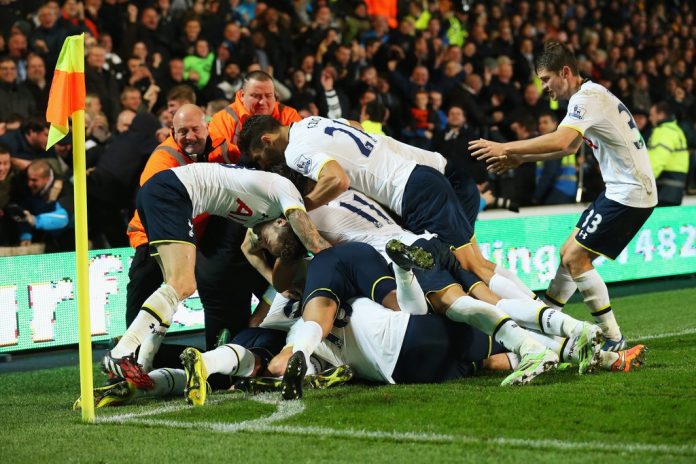 We’ve run away with it. The performance was nowhere near good enough, but we have clinched an important three points that shoots us into the top ten, and only 2 points off of 4th placed Manchester United. This is important, and will hopefully give us a big confidence boost. People will rightfully moan at the performance but we showed determination and character to come from behind to win away from home, just like at Villa.

We now need to build on the three points and develop it into better performances from the players and more wins. Our performance level just has to rise. We may have got the win, but we can’t rely on refereeing decisions and late winners in every game. If we carry on like this we just aren’t going to pick up points.

The first half was dreadful; lots of mistakes and terrible football. Hull prevented us from gaining rhythm, retaining possession and creating goal-scoring opportunities. Hull were rewarded early on in the 8th minute when former Spurs midfielder Jake Livermore struck an effort from 25 yards past Hugo Lloris. The man who grew up supporting Spurs muted his celebration in an act of respect towards his former club. After the goal we stepped up our performance a bit, but the hosts could have had more goals if it wasn’t for our goalkeeper Hugo Lloris, who was today our captain. We should not be letting a team like Hull City create these many chances and dominate this much; home or away.

Despite the terrible first-half performance, we stepped up our game in the second half. We passed the ball a lot better, looked more composed at the back and played with more confidence. We still wasn’t creating clear-cut chances, however. We received a big chunk of luck when Hull City’s midfielder Gaston Ramirez, a player who played under Pochettino at Southampton, was sent off after lashing out at Jan Vertonghen. It was a silly red card to receive(he kicked out after being infuriated by a decision made by the referee) and it put his team in trouble.

After the red card, Hull dropped even deeper and our midfielders saw a lot more of the ball in attacking positions. The introduction of Vlad Chiriches at right back and Aaron Lennon at right wing offered us a lot more pace and width to create openings to get us back in the game. 11 minutes after the dismissal of Ramirez, Soldado won a free kick around 30 yards out. Christian Eriksen struck it beautifully onto the post, which then fortunately fell to the feet of Harry Kane, who made it 1-1 in the 61st minute. We then continued pushing for a 2nd goal, but we failed to convert multiple chances to goals until the 90th minute, when Lennon found the feet of Christian Eriksen on the edge of the box, who took a touch before guiding the ball into the bottom corner of the net to make it 2-1 and secure the victory on his 50th Tottenham appearance.

So, after a bad start and a terrible first-half performance, we managed to step up it up in the final 45 minutes, and it paid off. Eriksen was great individually, and created multiple chances before setting up the first goal and scoring the second. Aaron Lennon also looked good on the right, and provided crucial pace and width.

It might not be a great performance, but it is a crucial three points! We definitely need to build on the performance, however. Hopefully we can do this on Thursday against Partizan Belgrade in our Europa League encounter. COYS!!!

You can view this post or any of my other posts on my personal blog: www.breathespursblogspurs.co.uk.