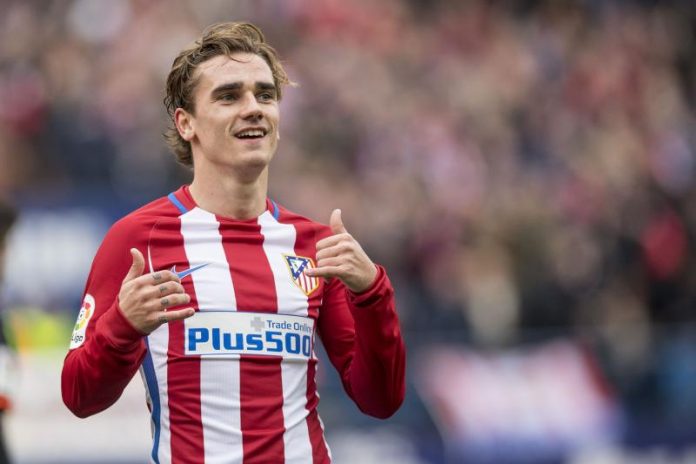 After Goal reported that Manchester United agreed a deal with American kitchen and bathroom manufacturer Kohler to become their sleeve sponsor next season, fans are now convinced Atletico Madrid striker Antoine Griezmann is signing this summer.

A Reddit post more than a week ago from ‘United_This_US’ on r/Red Devils revealed Antoine Griezmann could be on his way to Old Trafford. The post correctly predicted United would agree a sleeve deal with Kohler, before the mainsteam media picked up on the news, and says a deal is agreed for the French international.

“During the ongoing contract discussions for the sleeve sponsor and United, the rep we were working with who is extremely high up stated they had a signing almost to completion that had traction last year. It had to do with a release clause being activated this go around.

“I assumed either Fred or this new RB from Portugal (Diogo Dalot) as release clauses were mentioned, but essentially it was Griezmann.  He has already agreed a deal with United and per my understanding it would be as a RW. Take this as a 8-out-of-10 rumour as it has serious traction.

“The sleeve deal with Kohler will be confirmed very, very soon so at least you can see the validity of my statement here.”

And now United have agreed a £10m-a-year deal with Kohler, after missing out on a deal with dating app Tinder last season, fans are expecting the French international to join this summer. Many are convinced their long-term transfer target is finally making the switch to Manchester and will reject Barcelona’s interest in the process.

Oh wow.. 😍 rumors about a BIG announcement to follow the Kohler sleeve sponsor deal for #MUFC. Cavani &/or Lamar supposedly ✈️to sign for #AtléticoMadrid and Griezmann is going to Manchester United!🔴 #MUFC #transfers

This means griezman is coming up

United did come close to signing Griezmann last year, but ended up getting Everton’s Romelu Lukaku as they needed a natural centre-forward. Griezmann would end up apologising to Atleti supporters for the ordeal he put them and the club through, but a similar situation has transpired a year later.

The Red Devils and Barcelona appear to be the only two sides close to the 27-year-old this summer, but recent reports have suggested he could instead commit his future to the Wanda Metropolitano after getting cold feet.