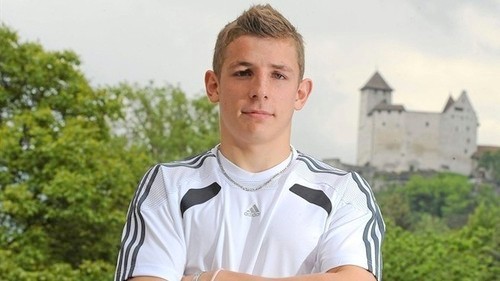 Manchester United boss Sir Alex Ferguson has been urged to sign Lille full-back Lucas Digne in the summer by his brother and chief Manchester United scout Martin Ferguson as a potential long-term replacement of Patrice Evra.

The 19-year-old French footballer has already made 29 league appearances for the Ligue 1 side after graduating from the club’s youth academy. He is seen as a long term replacement of fellow compatriot Evra who is enjoying a great season at Old Trafford.

Evra, who joined United in 2005/06, has improved upon his defensive roles for which he had been criticized in the last few seasons, while has been a potent weapon (scoring four goals) for the Red Devils going forward. However, at 31, he probably has at best two more years left in him which has prompted Ferguson to think about options elsewhere.

Ferguson has signed left-back Alexander Büttner form Vitesse early this season. The Holland defender earned Man of the Match performance in his Premier League debut against Wigan Athletic but many have cast doubts over his defensive abilities.

United have been heavily linked with Everton wing-back Leighton Baines and Lyon star Samuel Umtiti but according to reports, Lille teenage Digne has been recommended by Chief European scout Martin Ferguson who could be available as a cut-price alternative.

United chief scout observed the youngster during a France U-21 fixture towards the end of last year and has been constantly keeping close eyes on his progress.

Cash trapped Lille would be looking to sell the player in the summer and a fee in the region of £7m would be enough to do the business.

Digne has recently signed a new deal with the club that will keep him until 2017. Inter Milan and Arsenal have also registered their interest but United seems to be the player’s preferred destination.