The Europa League semi-finals draw took place in Nyon, Switzerland this afternoon and here are the details of the draw as the remaining four teams battle it out for the prestigious European honour.

Sevilla, Villarreal, Liverpool and Shakhtar made it to the semi-finals of the Europa League after some outstanding performances in the last round and it promises to be another thrilling round of games in Europe later this month.

Spanish giants, Sevilla will look to defend their crown and the likes of Liverpool and Villarreal will be desperate to qualify for next season’s Champions League by winning this competition. 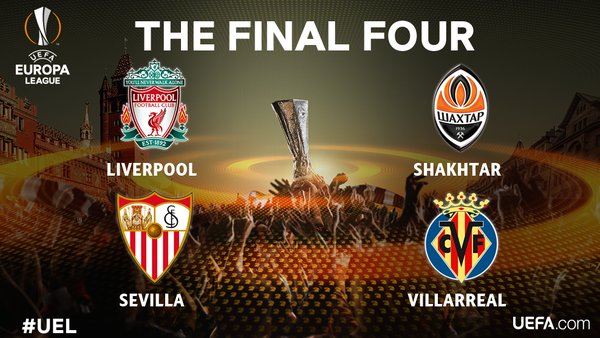 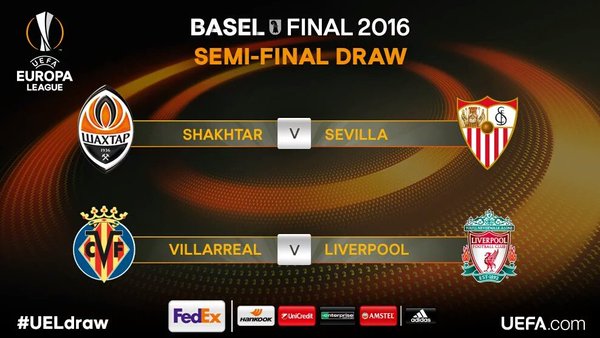 First leg 28th of April and the return legs will be played on the 5th of May.

The Ukrainian giants will take on the Europa League champions in the semi-finals and Unai Emery’s side will be looking to win the trophy for a third successive time.

Both teams have been outstanding so far in Europe and it will be a fascinating encounter.

Liverpool reached the semifinals with the most dramatic of comebacks against Borussia Dortmund and Jurgen Klopp’s side will be desperate to win the trophy now.

Villarreal will want to reach the Champions League by winning the competition and will look to stamp their authority on the tie at home during the first leg later this month.

Villarreal have only conceded 12 goals in 25 home matches this season!

Liverpool at home for the second leg of their Europa League semi-final against Villarreal. Could be vital #LFC pic.twitter.com/sw6vOQP8wc

Sevilla vs Liverpool would be some Europa League final.

Glad the Spanish sides avoided each other in EL. Both coaches evidently pleased too. EL is the competition where Spain shows its good depth.