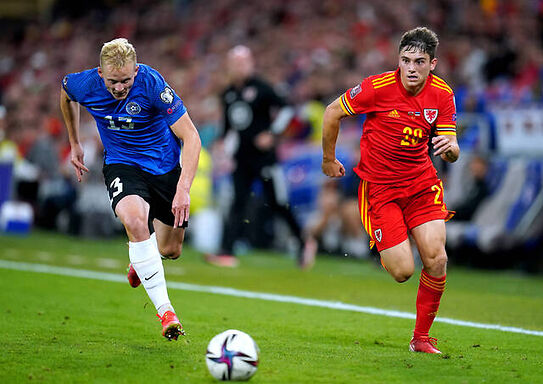 Leeds United will face Liverpool at Elland Road on Sunday in the Premier League.

The Whites are yet to pick up a win from their opening three games, while the Reds are heading into this match on the back of a 1-1 draw against Chelsea before the international break.

Ahead of the match, Marcelo Bielsa, the Leeds boss, has confirmed that the Wales winger, Daniel James is available for selection against the Reds.

It is an open secret that Bielsa is a big fan of the 23-year-old winger and the Argentine previously tried to sign him at Leeds. The Whites finally managed to get his signature on the transfer deadline day from Manchester United.

Bielsa has praised him heavily saying James has the quality to “unbalance” the opponent, and that he could be involved. He has got raw pace and can play on both flanks.

The Argentine spoke about James as quoted byquoted by Leeds Live: “I think the decision to bring in James was the correct one by the club. He will be available this weekend – he’s a player who can play on either side that combines his ability to unbalance the opponent. He passages into the empty spaces, considering his speed.”

James, who came close to joining Leeds in the January window of 2019, has joined Leeds for a fee believed to be £25 million, on a five-year contract.

The Welshman is a highly-rated winger, and Leeds have high hopes for him.

Great first day with the boys! On to the weekend⚪️ @LUFC pic.twitter.com/0yyo5tIwwF

Meanwhile, Leeds have received a massive boost ahead of the clash against Liverpool with Raphinha now set to feature.

Premier League players have been cleared to play for their clubs this weekend.

Under Fifa rules, players not released for the recent South American World Cup qualifiers were to be suspended from playing for five days, but all the countries have waived their bans.