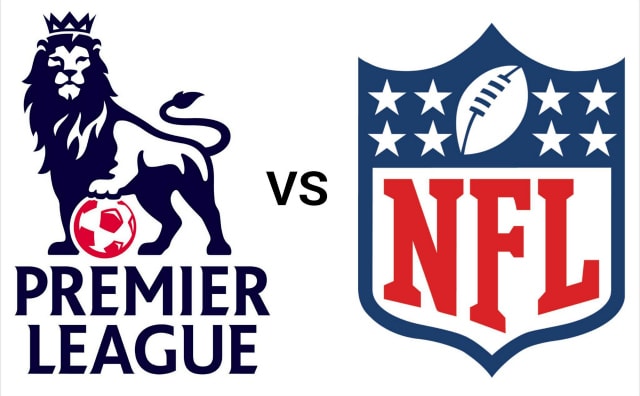 On the surface, this seems to dwarf the Premier League’s £4.6bn deal over three years (2019-2022), or around £1.5bn per year ($2bn per year). The next round of TV rights sales is due this summer (source: Daily Mail), and some analysts don’t expect a massive jump in value.

However, comparing the NFL and Premier League head-to-head for their respective domestic markets makes little sense unless you adjust for market size, where the United States’ population is five times that of the United Kingdom.

A quick Google search pegs the UK’s current population around 67 million and the USA’s population around 330m. There are other cultural and structural differences that come into play as well, but just adjusting the markets for population size reveals a clearer picture.

NFL’s future deal ($10bn per year) is five times the PL’s current deal, but after the population adjustment, both deals are roughly equal in value.

As highlighted earlier, there are many other differences in both markets that impact the value of the rights deals.

Overseas rights for the Premier League that almost equal their domestic rights deals, the sheer size of the US media market and advertising expenditure that drive the value of those rights, competing sports in the US market are just a few things to consider.

However, when comparing the TV rights values for the two top sports in two countries, it’s fair to consider population size first. With that in mind, the NFL deal is just about catching up to the Premier League’s TV rights value, not blowing it out of the water.