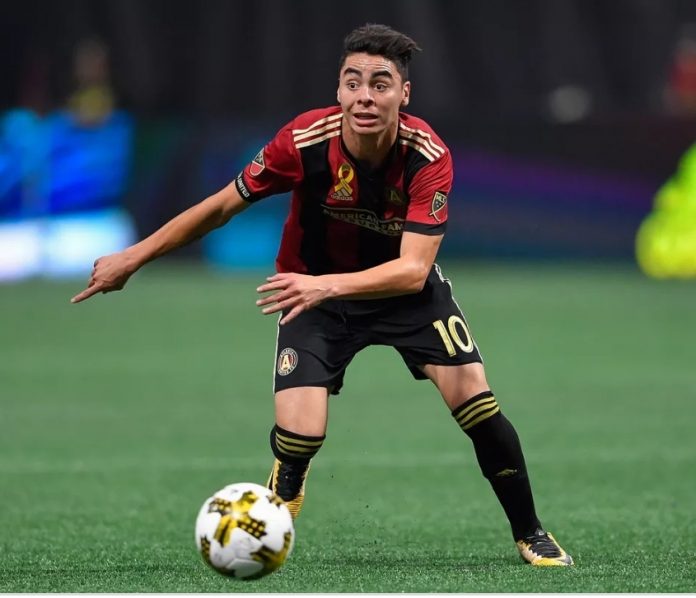 The Paraguayan has been in sparking form this season. Atlanta qualified for the MLS play-offs by finishing 2nd in the Eastern Conference. Almiron has been a big part of that success, scoring 12-goals, and assisting 13, from 32-appearances. They now face Portland Timbers at the weekend in The MLS Cup Final.

United president Darren Eales is willing to listen to sensible offers, but will certainly not let the midfielder leave for next to nothing. Eales told Sky Sports:

“I have seen some laughable things in the press, clearly we are never going to loan one of our players out and we are certainly not going to let them go for the ‘chump change’ that I have seen in some reports.

“If it’s a proper, serious offer then it’s something we would consider, but not for the laughable figures that I have seen mentioned in the press.”

Only yesterday, Daily Mail claimed Newcastle had a deal in place to sign the 24-year-old. The report suggests an initial loan would be followed up with a £15m permanent deal.

If The Magpies are serious about a deal, Eales comments suggest they would have to bid above £15m, and make it a permanent deal from the off.

Almiron started his career in his homeland with Cero Porteño. He played a small part as The Peoples Team clinched the Premera division title in 2013.

The Paraguay international then moved to Argentina in 2015 for a spell with Lanus, adding another national title to his honours.  In December 2016 he agreed terms to join Atlanta, with the American club paying a fee of $8m.