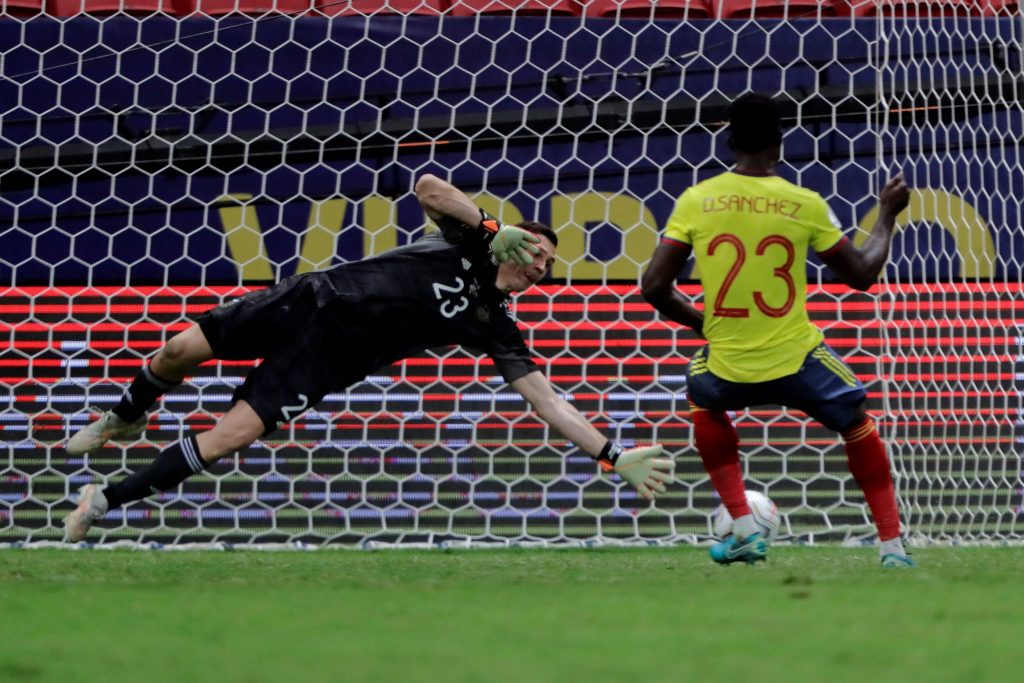 A selection of Aston Villa fans reacted on Twitter after Emiliano Martinez’s penalty heroics for Argentina against Colombia in the Copa America.

The 28-year-old joined the Villans from Arsenal last summer, and had a terrific debut campaign, registering 15 clean sheets in the Premier League.

He has now established himself as the first-choice keeper with his national team, having only made his debut at the beginning of June against Chile.

Argentina reached the final of Copa America last night, and Martinez was the stand-out performer, making three saves against Colombia in the penalty shoot-out.

His performance has led to plenty of praise from many Villa fans while some of them took a dig at the Gunners, who decided to sell him for just £17 million.

Not talked about enough that emi Martinez has gone from being arsenals 3rd/4th choice keeper going out on loan almost every season to championship teams And has now become his nations hero sending them to copa America final saving 3 pens and was the best keeper itl last season ❤️ pic.twitter.com/uyAzgzDIZ1

This guy is the best keeper in the world. Emi Martinez, we are lucky to have him #AVFC pic.twitter.com/p8xaYdZwuZ

Emi Martinez – an outstanding signing and superb player, and he’s only been at the club for one year! ❤️#avfc pic.twitter.com/h3mkvnD12x

Yes they did lads! Thank you Arsenal! 😂🤭💜💙🇦🇷🧤 pic.twitter.com/0n4YUXIv8b

The £27m-rated star was the third or fourth choice goalkeeper for the Gunners for several years. He was sent out on loan to several lower division clubs.

He made a huge impression during the final weeks of the 2019/2020 season when Bernd Leno was injured, helping the club win another FA Cup title.

Despite this, the north London giants decided to sell him as they were not prepared to offer him a regular starting role once Leno was back to full fitness.

Villa have definitely benefitted from the deal as Martinez played a key role in their impressive 11th-place finish in the league last season.

With the club’s transfer ambitions this summer, they could soon be fighting for European football. Martinez has firmly established himself as a fan favourite.