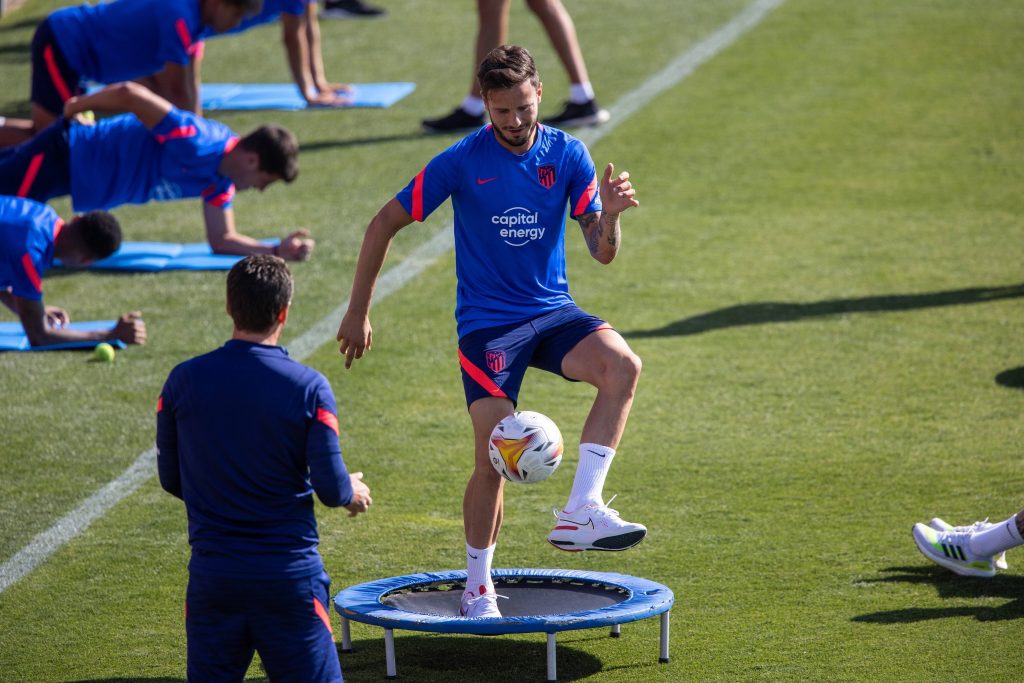 Earlier this month, Barcelona entered negotiations with Atletico over a swap deal for Saul that would see Antoine Griezmann return to his former club.

However, the move has not progressed as planned. The Blaugrana value Griezmann higher than Saul and want some cash added as part of the exchange deal.

This has complicated the discussions between the clubs, and it is now reported that Saul’s agent Jonathan Barnett is in advanced negotiations with United.

Liverpool have also been credited with an interest in the Spain international, but it is claimed that the Red Devils have moved ahead in the player’s pursuit.

Garner looks set to pursue another temporary move elsewhere while there is still uncertainty over Pogba’s future with his contract expiring next summer.

Pogba could commit to a new long-term deal, but the Red Devils still need more quality in the centre of the park as they look to mount a serious title challenge.

McTominay and Fred have done a credible job over the past few years, but the club need an elite midfielder who can offer Pogba the freedom to link up higher up in the attack.

N’Golo Kante has proved the perfect foil for him in the France set-up. Saul could do a similar job with his strong tackling, concentration and aerial abilities.

It was suggested last year that Saul wouldn’t be sold for anything less than the staggering €150 million buy-out clause on his lengthy contract.

The story has completely changed with the club’s purchase of Rodrigo De Paul. Saul was in and out of the line-up last term, and he is no longer indispensable.

Atletico need to balance their books after the acquisition of De Paul, and it is reported that they could accept as little as €40 million for the 26-year-old Real Madrid graduate.