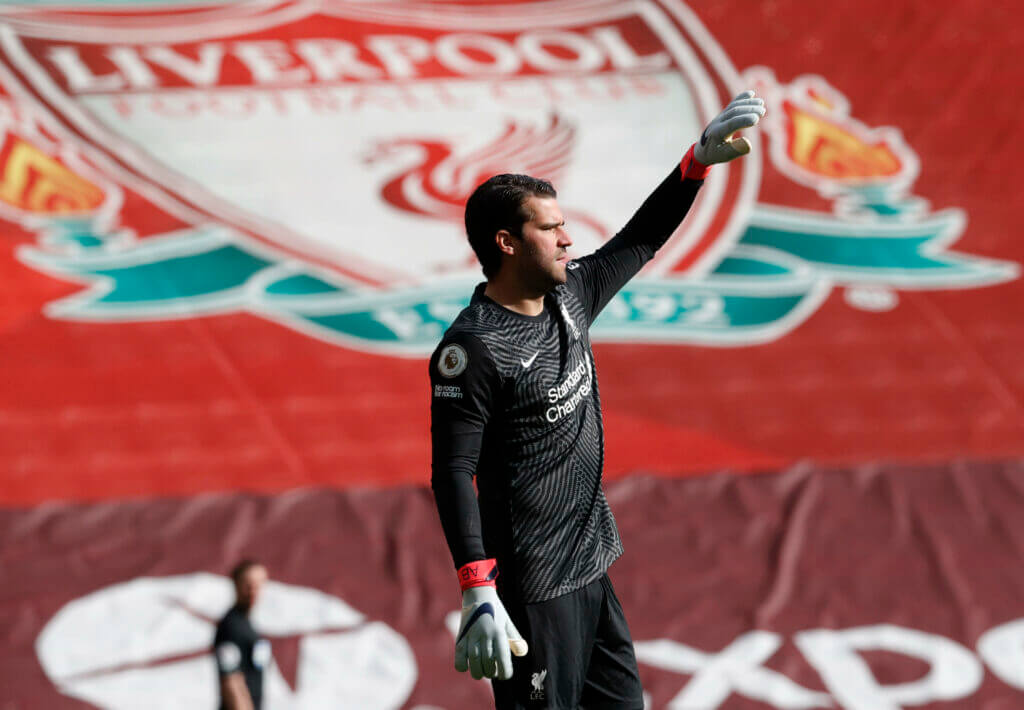 Liverpool kept their top-four hopes alive with a 2-0 home win over Southampton in the Premier League on Saturday.

With Leicester City and Tottenham Hotspur dropping points earlier, the victory meant the Reds still have a slim chance of finishing in the top four.

Goals in each half earned Liverpool all three points against the Saints, although the performance was unspectacular from Jurgen Klopp’s side.

Sadio Mane gave Liverpool the lead in the 31st minute when he headed home a delicious cross from Mohamed Salah.

Thiago Alcantara doubled the advantage towards the end of the match with his first goal for the club.

One player who was really impressive during the game was Alisson, with the goalkeeper making a string of saves to keep the Reds on the game.

The Brazilian has made some costly errors this season, but he was outstanding against the Saints.

Apart from one mistake in the second half, when he gave the ball away just outside the box to Che Adams, he was nearly perfect.

Liverpool’s fragile defence was tested throughout the game, but Alisson came to the rescue on numerous occasions.

He made a brilliant save to deny Adams and Nathan Redmond and stopped Southampton from scoring in the second half when they increased the pressure on the home side.

Some Liverpool fans were heavily impressed with Alisson’s performance, and they raved about him on Twitter. Here are some of the selected tweets:

Alisson Becker proving why he’s widely regarded as the best in the business tonight, outstanding #LFC

Fortunate and worrying until Thiago scored his 1st for #LFC. Alisson was superb bar the pass which he redeemed himself with.

No doubt who was MOTM though. Apart from that one error Alisson was by far the sharpest player out there and made some crucial saves. #LFC

A reminder that Alisson is still the best keeper in the league. Love Thiago’s goal today and I feel like he’s capable of producing that a lot more frequently. #LFC

Today's performance is why Alisson is still the best goalkeeper in the world by the way.

Form is temporary, class is permanent.