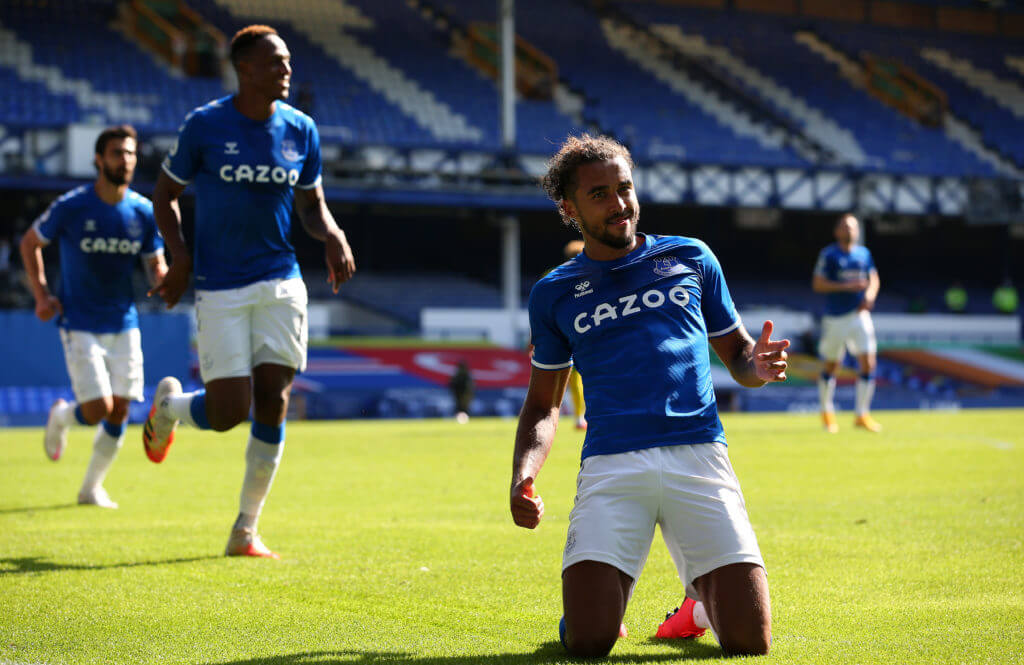 Dominic Calvert-Lewin has scored his first Premier League hattrick as Everton secure back to back wins in the league.

However, it was the performance of Calvert-Lewin that has caught the attention of many football pundits and fans on social networking site Twitter.

At 23 years and 187 days, Lewin has become the youngest Englishman to score a top-flight hat-trick for Everton since Tony Cottee achieved the feat against Newcastle in August 1988.

Former Everton and England striker, Gary Lineker has taken to Twitter to express his reaction to Calvert-Lewin’s performance. He has described Lewin as ‘ever improving’.

Another for the ever improving @CalvertLewin14 from a delightful pass from James. Nice bond they seem to have.

A hat-trick for @CalvertLewin14 and he’s now the leading goal-scorer in the Premier League. Been a while since @Everton had a top flight golden boot winner.

West Brom took the early lead inside 10 minutes through Grady Diangana who joined from the Hammers on a permanent deal this summer.

Everton restored parity through Calvert-Lewin just after the half an hour mark.

Rodriguez then produced a moment of real quality to put the Toffees upfront. He took a touch or two from a brilliant ball by Richarlison and drilled it low from outside the box and into the bottom corner.

Despite going a man down (Kieran Gibbs red carded), Matheus Pereira gave hope for the visitors with a superb free-kick to make it 2-2.

But Calvert-Lewin scored twice, and Michael Keane added another to seal all three points for the Toffees.