The UEFA Europa Conference League, which is often shortened to the UECL or ECL, serves as an annual football club competition in which teams qualify based on their performance in national leagues and cup competitions. It’s the third tier of active European club football competitions and it was first contested in the 2021-22 season, making it one of the newer tournaments to take place. With the 2022-23 season already underway, we wanted to provide some insight into the UEFA Europa Conference League Fixtures for 2022. 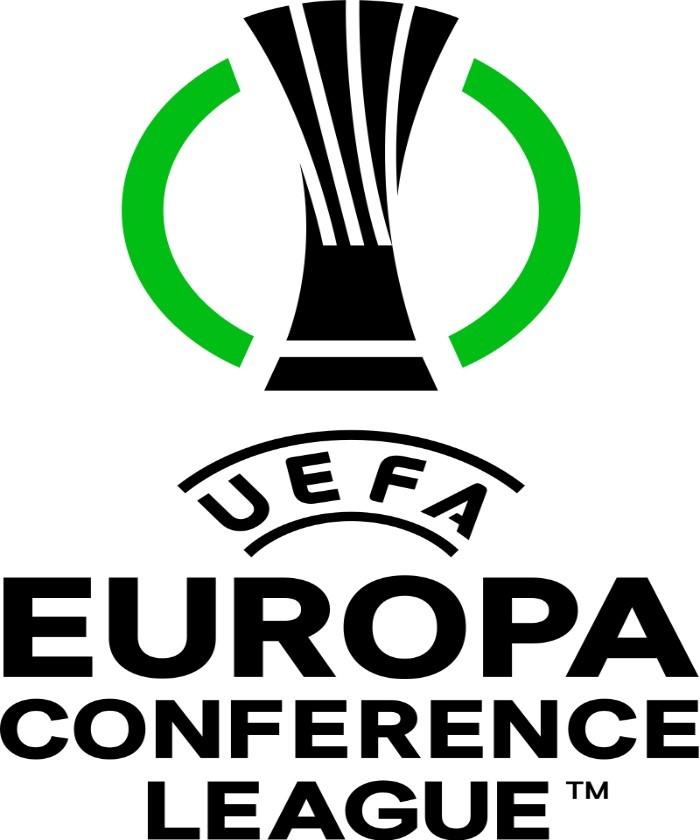 Anyone looking to experience the Conference Europa League fixtures in the United Kingdom can turn to their television set to watch it. Live UEFA Europa Conference League fixtures will be broadcast exclusively on BT Sport during the 2022-23 season. This means that every match will be aired as it happens via this channel, and this includes the final, which will occur at the Fortuna Arena in Prague, Czech Republic.

If you don’t own a television or if you do not have the necessary package deal to acquire BT Sport on television, there is always the opportunity to use the BT Sport app instead. Or you can visit the bt.com/sport website, where the broadcast of draws and so on will also occur. The app is downloadable on PS4, PS5, Xbox, Apple TV and Samsung Smart TVs, meaning that watching the Conference League fixtures from UEFA is relatively easy.

Another alternative is to sign up to an online sportsbook, if you’re a betting fan, and watch all the action unfold via live streaming. There are various UK sports betting sites that allow their registered bettors to watch the Europa Conference League fixtures for 2022, and many of these are big-name, well-known brands, too. It is usually the case that you need to have a funded sportsbook account or to have placed a wager within the past 24 hours to be able to watch live streams of football matches and draws.

Keep in mind that this is not something that all online sportsbooks provide access to for players. Therefore, you’ll need to be sure that you’re signing up and depositing at a site that does offer live streaming, and more specifically, that it offers live streaming of the ECL Conference League fixtures.

The association ranking based on the UEFA country coefficients is utilised so as to determine how many teams will participate on each path to the Europa Conference League qualifiers fixtures. This is as follows:

Next up is the Europa Conference League fixtures for the 2022 group stage. The draw for this will occur on Friday, August 26, and it will be streamed live from 14:30 CET. The group stage draw takes place from Istanbul, Türkiye, with the 32 teams being drawn into eight groups of four. The final 32 teams involved in this will be confirmed on Thursday, August 25. Sweden’s Djurgårdens IF team will be joined by 21 other winners of the UEFA Europa Conference League fixtures playoff draw and 10 sides transferring from the Europa League playoffs.

The group stage is played on Thursdays from September 8 to November 3, with matches kicking off at 18:45 CET and 21:00 CET. Group winners advance on to the round of 16 while the group runners up progress to the knockout round playoffs, facing eight teams from the UEFA Europa League which finished third in their groups. The quarter-finals draw, the Europa Conference League fixtures semi-final draw and the final draw will occur on March 17, 2023 and will also be streamed live at 14:00 CET. That draw will take place from the House of European Football in Nyon, Switzerland.

The draw features the eight winners of the round of 16 ties and there will be a free draw for the quarter-finals, with ties numbered 1-4 for the semi-final draw that follows. A draw also occurs to determine the ‘home’ side in the final. The quarter finals take place on April 13 and 20, while the semi-finals will be played on May 11 and 18. The tournament final will then be held on June 7, 2023.

Anyone looking to place sports bets on the Europa Conference League fixtures will find that many online sportsbooks now offer exciting odds on the competition. Betting on the outright winner of the Conference League fixtures for Europa usually begins once the draw has taken place to determine the teams in the group stage. This way, the 32 teams competing for the final trophy are known and decided upon. It is then that bookmakers will release their odds on the various teams, and bettors can set about trying to determine which team they believe will finish at the top of the table and lift the Conference League trophy.

Take a look at the table below to see the teams involved and the best odds from bookmakers on each of them.

Nobody expected to find Tottenham Europa Conference League fixtures in the 2021-22 season, considering the Spurs were leading the Premier League early on. Yet a string of poor results from December onwards, as well as the sacking of manager Jose Mourinho in April, saw them in 7th place. Interim manager Ryan Mason was unable to improve the club’s position, and this saw them finish in their lowest position since the 2008-09 season. Yet this is what led to the Spurs Europa Conference League fixtures coming into being. Tottenham were quickly seen as one of the favourites to win the inaugural competition, but they were ousted from it (and not on the football pitch).

The Spurs Europa Conference League fixtures did not see them complete the group stage. On the final group matchday, the team was set to face the Rennes team from France and required a win to progress to the knockout rounds. Unfortunately, a COVID-19 outbreak in the Spurs camp meant that they had to forfeit, and UEFA was not willing to reschedule the match. Therefore, they were eliminated from the competition.

In the end, Rennes were eliminated from the ECL Conference League fixtures after facing Leicester City in the round of 16. The quarter-finals of the 2021-22 season would see Leicester advance once again after defeating PSV Eindhoven. Meanwhile, eventual winners Roma outdid Norway’s Bodø/Glimt, runners-up Feyenoord managed to overcome Slavia Prague, and Marseille won out over Greece’s PAOK.

The Europa Conference League fixtures for the semi-final in the 2021-22 season saw Leicester City going up against Roma and Feyenoord taking on Marseille. Roma secured its victory with a 2-1 aggregate win over the English team, while Feyenoord gained a 3-2 aggregate win over their French opponents. The final was all set for May 25, and Roma picked up the victory after Nicolò Zaniolo scored the sole goal of the match for the Italian team.

The Conference League Fixtures for the Europa competition always provide a sense of excitement, especially once the draws have taken place to determine the upcoming matches. Being a new competition, there is still a lot to come from it, and betting on it is likely to grow in popularity as the tournament also increases in strength. It is ideal to keep your eye on Conference Europa League fixtures, especially when the draw is made for the group stage, as you can then partake in betting on the outright winner.

Available to new customers only. Make a qualifying deposit of £5* or more and claim the offer within 30 days of registering your account to qualify for 500% of that amount in Bet Credits, up to a maximum of £50* in Bet Credits. Once released, your Bet Credits will be held in your account balance and are non-withdrawable.
To release your Bet Credits for use, you must place qualifying bets to the value of your qualifying deposit (capped at £10*) and they must settle within 30 days of claiming the offer. Only qualifying bets placed and settled after claiming the offer will count towards this requirement.
Apple Pay, Google Pay, PayPal, paysafecard and all other prepaid credit and debit cards, where available, cannot be used for either your qualifying deposit or any subsequent withdrawal of returns from Bet Credits stakes unless we have successfully verified an accepted form of your Identity Documents and you have entered a Postal Verification Code (PVC), or we have successfully verified two accepted forms of your Identity Documents. See condition 2 of full Terms and Conditions for details.
Bets placed must meet certain conditions to count towards the release of your Bet Credits:
Must contain at least one selection at odds of 1/5 (1.20) or greater.
Only the largest cumulative stake on an individual selection within a market/fixture combination (either pre-match or In-Play) will count towards the settled bets requirement.
Where a stake has been partially Cashed Out, only the remaining active stake will count.
Where a bet has been edited using our Edit Bet feature, only the new stake on the new bet will count.
Fully Cashed Out, Instant Games, Gaming, void bets or In-Play bets which are settled as a push will not count.
Your Bet Credits are non-withdrawable, and Bet Credits stakes are not included in any returns. Any returns from Bet Credits placed will be added to your Withdrawable Balance. Bet Credits cannot be used on certain products, offers/promotions and bet types. See full Terms and Conditions for details.
Your Bet Credits will be forfeit and removed if your account is inactive for 90 consecutive days.

Where can I watch the Europa Conference League football matches on TV?

You can watch the matches via the BT Sport channel or by downloading the app from that same channel. It is also possible to live stream matches via various online sportsbooks.

How much are tickets for the ECL Conference League fixtures final?

Tickets for the 2022-23 final of the Conference League fixtures in Europa are not yet on sale. Judging by the inaugural year’s ticket prices for the final in Tirana, these will start from €25 and also be available in €45, €85 and €125 categories.

How does the Europa Conference League work?

Three qualifying rounds take place, featuring teams from various European national leagues. A play-off round also occurs, then the group stage featuring 32 teams is played out. After this, Conference League fixtures by UEFA are determined for the knockout phase, which is then followed up by the round of 16, quarter finals, semi-finals and the final.

Where can I find a Europa Conference League fixtures list?

The fixtures list for the competition can be found on the UEFA website, which will provide an insight into the teams involved, when the draws are, when the matches take place, and more.

Where will the Europa Conference League final take place for the 2022-23 season?

The final is set to take place at the Eden Arena in Prague, Czech Republic on June 7, 2023.

What do the winners of the UEFA Europa Conference League receive?

The winners of the competition will gain a place in the 2023/24 UEFA Europa League group stage, if they have not already qualified via their domestic competition. The winner of the 2021-22 competition, Roma, had already achieved that qualification prior to winning the Conference League.

Jack is a freelance writer working in the iGaming and betting industry for over seven years. He is specialized in football and tennis betting but has also plenty of knowledge in betting on all kind of sports.