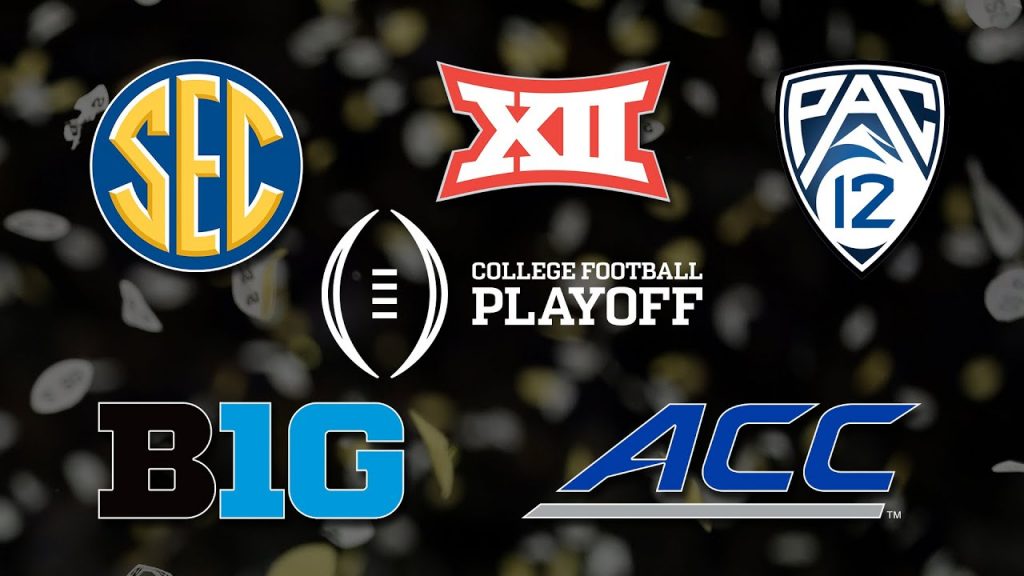 Power 5. A term that will send a shudder down the spine of ardent supporters of small-school teams around the nation. But once again we are ignoring the small schools and giving all our attention to the big dogs, because they get the clicks and help pay the bills. Sorry, not sorry. Here we will take a look at what we believe is the best college football team in each Power Five conference in 2022.

Clemson has been a powerhouse in the ACC for years now. Head coach Dabo Swinney has been blessed with quarterbacks like Trevor Lawrence and extreme massage fan Deshaun Watson.

QB DJ Uiagalelei is not quite at the level of the school’s previous quarterbacks. But he could just be good enough to win the ACC. The Tigers are 5-0 and are coming off the back of a convincing enough victory over the then number ten ranked North Carolina State.

They are in the more difficult division but have beaten what are likely the two biggest rivals to the title ‘Best Team in the ACC’ for this year. Wake Forest were disposed of, albeit in overtime and then the Wolfpack went home with their tails between their legs.

Clemson face Syracuse next, and even though the Orange are 5-0, they are simply not the best in the ACC.

We are not sure this requires a long old spiel. The Ohio State Buckeyes are almost certainly the best in the Big Ten. On the last day of the season they will play Michigan and that will likely decide who wins the conference.

Buckeyes QB CJ Stroud is performing at an exceptional level and is favorite for the Heisman. With help from his backfield, this offense is incredible. Despite having a reasonably difficult strength of schedule, the Buckeyes continue to blow teams out.

We are slightly overlooking Penn State, we suppose, but this is heading for the last day of the regular season when CJ Stroud will meet Michigan RB Blake Corum. That is when the best team in the Big Ten gets selected properly but for now we are taking the Buckeyes.

Finally, we reach a conference where there are several real contenders for the conference’s best team. Kansas is 5-0 and just broke into the top 25 for the first time since 2009. However, they may be a long way from the best team in the conference.

They have challenges from Oklahoma State, Kansas State, Texas and TCU. We would really have included Oklahoma too had they not been completely blown away by TCU at the weekend.

That is certainly a feather in the cap of the Horned Frogs. They meet Kansas on Saturday and the winner will catapult up the AP poll. However, it is neither of these two that we believe are our Big 12 team of the year.

We’ve ruled Texas too, because in our world you are not allowed to lose to Texas Tech and claim this honor. So we are left with Kansas State and Oklahoma State.

Kansas State lost to Tulane and then barely scraped home against what now appears to be a very mediocre Oklahoma team. On the other hand, Oklahoma State, despite their easy schedule has been dismantling teams for weeks.

Give us the Cowboys and QB Spencer Sanders over any other teams in this conference.

The Pac-12 race is basically a four horse race in our eyes. It could be one Utah, Oregon, UCLA or USC.

That opening day defeat of Oregon by Georgia still bothers me when we are discussing how good the Ducks are. A 49-3 defeat should automatically remove anybody from the discussion of being the best team in a power five conference. But the Ducks have seemingly improved since.

Still, it is not enough for us to put them ahead of USC or Utah. In the same way the Oregon loss to Georgia is bothersome, so is the Utah loss to Florida. That Florida team is simply not very good and that defeat weighs heavily on my mind when ranking these teams.

So we are down to two, UCLA and USC. The edge on the offensive side of the ball probably just lies with USC. QB Caleb Williams is one of the Heisman favorites for a reason; he can do it all.

On the defensive side of the ball, we have UCLA ahead in many advanced metrics by a fair stretch. They are 5-0 on the season, and are coming off the back of a win against a strong Washington team. We would happily put them up against any other team in the Pac-12.

Here we have it folks, the beloved SEC. The conference we all love to it hate… providing our team is not in it.

This simply boils down to Alabama or Georgia. Who you got?

For us, Alabama struggling to beat Texas with a backup quarterback was unimpressive. For a while, it also looked liked Arkansas posed them some issues last week too. With quarterback Bryce Young banged up, Alabama could be on upset alert every week in the SEC.

We do not feel the same about Georgia. Sure, they struggled a little last week, but they have been smashing teams to smithereens generally. If this matchup was played on a neutral venue on Saturday with a fit Bryce Young, we would have Georgia about 2.5 point favorites.

Georgia is the best team in the SEC and probably the country right now.