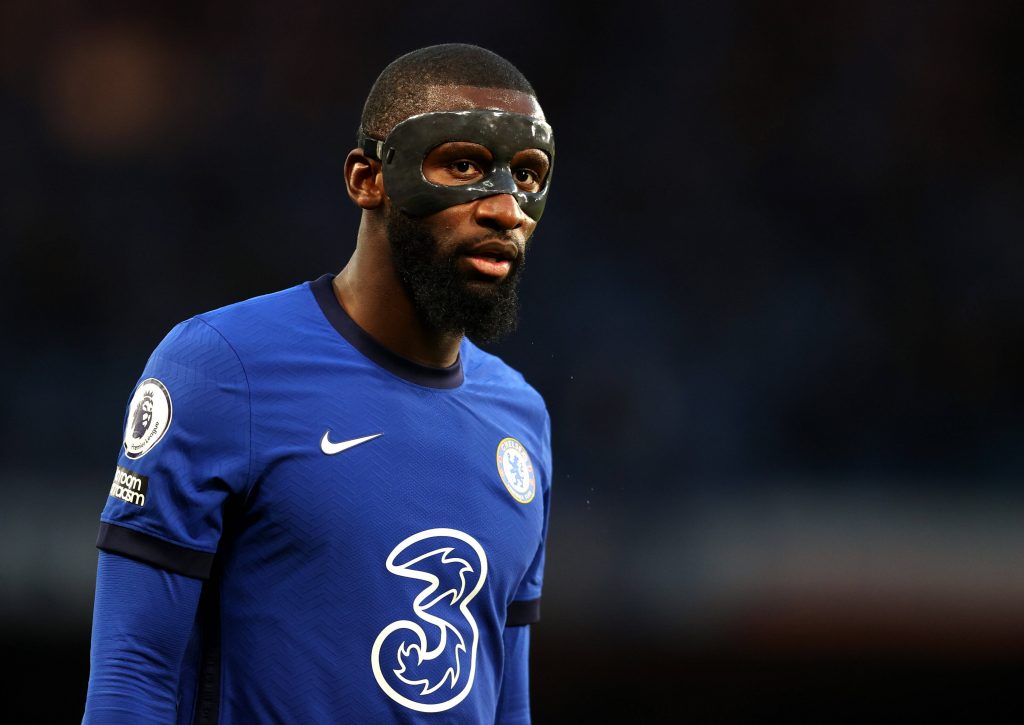 Antonio Rudiger has acknowledged that he was serious about leaving Chelsea last summer amid interest from Tottenham Hotspur and Paris Saint-Germain.

The centre-back fell out-of-favour under then-manager Frank Lampard, and he was linked with a possible departure before the transfer deadline.

However, a deal failed to materialise and Rudiger had no option but to stay with the Blues, where he has revived his career under current boss Thomas Tuchel.

Speaking exclusively to Kicker, Rudiger said he was weighing up a move elsewhere as he needed playing time in the lead-up to the European Championships.

He added that Les Parisiens and Spurs were interested in him, but the former were the most serious option. Ultimately, he ran out of time to make a decision.

He said: “I was really about to leave. It was the start of a season with a European Championship at the end, and then I felt it was my duty, towards DFB, to look for alternatives so that I got enough playing time.”

“PSG and Thomas Tuchel were the most serious option. I also had contact with Tottenham Hotspur and José Mourinho, whom I really appreciate as a coach. In the end, that was out of the question. I ran out of time to clarify all the details.”

Mourinho was recently announced as the new Roma manager, and Rudiger has been linked with a possible return to his former club. When asked about the possibility of rejoining the Giallorossi, he added:

“I always hold back on rumours. I wasn’t even in the squad after being a regular. But everything has turned out differently in the meantime – the rest is history. I’m not angry with anyone today.”

Rudiger was used sparingly under Lampard, and he made just four league appearances until mid-January when the 42-year-old was dismissed.

Tuchel, who wanted Rudiger at Les Parisiens, ended up being appointed as the new manager and the centre-back has since flourished.

The 28-year-old has been a consistent starter for the Blues in recent months, and it can be said that he has been the leader at the back.

Thiago Silva has improved the Blues’ backline this term, but Rudiger stepped up between February and April when the Brazilian was unavailable.

Rudiger is expected to make the starting line-up for the Blues when they face Manchester City in the Champions League final tomorrow.

The German has just 13 months remaining on his £100,000-a-week contract, but Tuchel has already talked up a possible new deal for his compatriot.