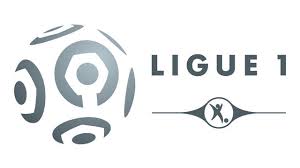 Fubo.tv offers a variety of prime Ligue 1 fixtures for online viewing every week. The Middle-Eastern investment has seen the sudden rise of Paris Saint-Germain. However, another Russian billionaire invested in AS Monaco, who have slowly looking to compete with PSG for the league title.

However, financial constraints has forced them to let go their star players in the last two seasons. James Rodriguez moved to Real Madrid, while Radamel Falcao joined Manchester United and then Chelsea on-loan.

Online streaming for Ligue 1 matches has never been so painless and user-friendly – you have access to the best Ligue 1 matches live as well as live matches from other leagues like the Bundesliga, MLS, La Liga, Portuguese Liga and more.

FuboTV provides uninterrupted online HD live streaming of Ligue 1 matches of the favourite team by subscribing to them. It will cost $6.99 per month. They do have a free 24-hour pass to the stream and Ligue 1 fan can view it by clicking here.

Fubo.tv not only provides legitimate live streaming links of the French football. They cater to the fans of others leagues as well.

You don’t need to hunt for illegal, low-quality streams every weekend – get HD online live streaming links for all footbal matches. All streams on fubo.TV are in high definition, meaning as a user you will have an amazing experience streaming HD matches live online.

You can watch Ligue 1 matches live online using your handheld devices. For mobile and tablet users, fubo.TV supports both the iOS and Android operating systems. In addition to this,  fubo.TV never leave early adopters behind! Get fuboTV on the FireTV app as well.