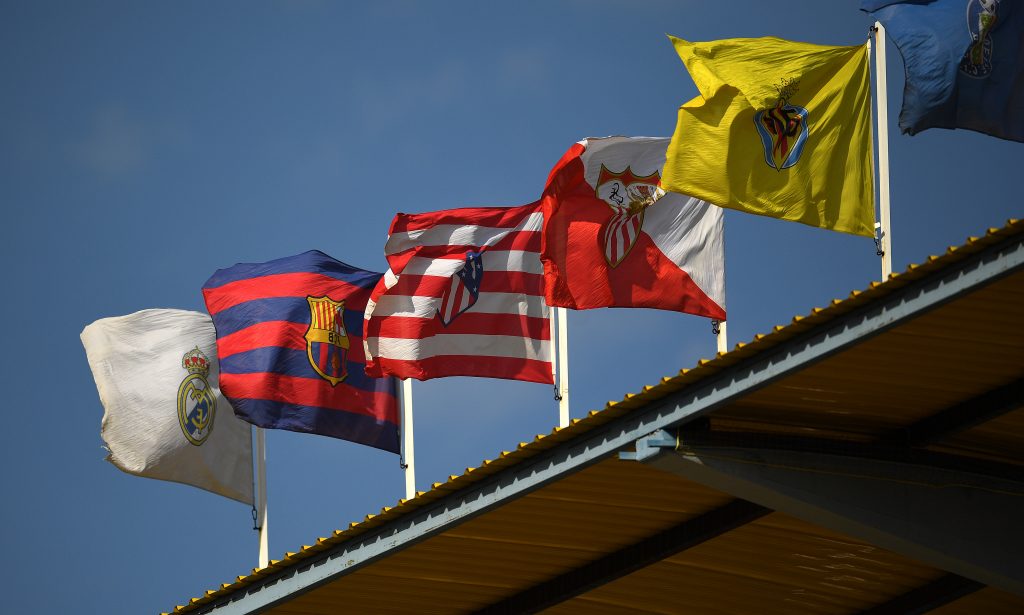 Featuring some of the biggest clubs in European football, La Liga is undoubtedly one of the most exciting competitions in the world.

If you love watching live football streams, then Spain’s top flight is well worth checking out via one of the numerous online platforms that cover the league.

Real Madrid and Barcelona are the two standout clubs in La Liga, with the pair often going head-to-head for the title.

However, the likes of Atletico Madrid, Sevilla and Valencia are amongst numerous other clubs worth following in Spain.

La Liga clubs regularly enjoy success in European competitions, with Madrid and Barca amongst the most prolific winners of the Champions League.

With Sevilla and Atletico claiming repeated successes in the Europe League, it is easy to see why La Liga boasts such a lofty reputation.

Live streaming of La Liga has become extremely popular in recent times, allowing users to watch the games on a wide range of desktop and mobile devices.

Read on as we look at the best ways you can watch La Liga online, to help you decide which service most suits your individual requirements.

If you want to watch La Liga on desktop or laptop it is recommended that you run Windows 10. For stable pictures, make sure your machine has at least an Intel i3 processor and 4GB RAM.

Most modern internet browsers can cope with streaming live La Liga games, providing you have the latest version of Edge, Firefox, Chrome or Safari. Some sites may require you to have additional software which is generally free to download.

La Liga live streams are available to watch via numerous platforms. The best of these are as follows:

The three-year deal makes La Liga the first football league in the world to have a dedicated channel showing all live games in the UK and Ireland.

Founded in 2012, beIN SPORTS has since established itself as a major player in the sports broadcasting industry.

The company currently holds the exclusive rights to screen La Liga in the United States until 2024, highlighting their strength in the marketplace.

Fans can follow all the La Liga action via the beIN SPORTS CONNECT live streaming platform, which is available via website or app.

In addition to being available via numerous cable providers, beIN SPORTS is also accessible on live streaming platforms such as fuboTV and Sling TV.

Premier Sports have taken coverage of La Liga to another level, with their 24/7 high definition output ensuring fans need never miss a moment of the action.

For anyone searching for a broader streaming service, the beIN SPORTS CONNECT platform is the answer to their prayers, offering fans in-depth sports coverage including La Liga.