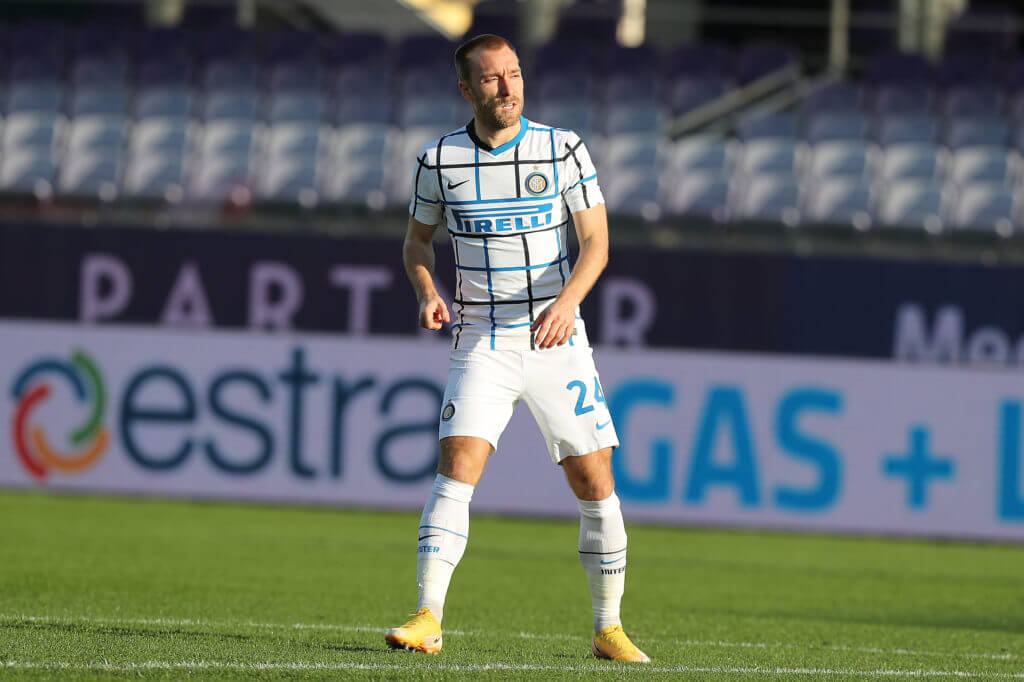 According to The Telegraph, Leicester City are interested in bringing Inter Milan midfielder Christian Eriksen back to the Premier League before the end of the January transfer window.

The Denmark international joined the Serie A giants last January, but he has failed to impress and is expected to leave San Siro this month.

A return to Spurs has been mooted and Eriksen is said to be desperate to link up with the north London giants again.

However, Inter want Tottenham to pay a fee and cover his wages if they want to take him back on loan, while other clubs would only be required to pay his salary.

That is around £3.5 million after-tax for the rest of the season, and Leicester are looking to pounce.

Eriksen spent seven years in the Premier League with Spurs, scoring 69 goals and making 89 assists in 305 appearances, and he could help boost the Foxes’ title challenge if snapped up.

Brendan Rodgers’ men are firmly in the title race following an impressive start to the campaign, with only two points between them and league leaders Manchester United after 19 games.

While Eriksen has just four goals and three assists in 40 appearances for Inter and is struggling for form, a return to a familiar league could revive him and Leicester are willing to take the punt.

The King Power Stadium outfit are currently without the services of Dennis Praet, with the Belgian out for around three months, and replacing him with Eriksen temporarily could prove to be an inspired move in the end.

The Dane has a point to prove after losing his magic at Inter, and with a return to Tottenham looking difficult, he might have to make do with a move to Leicester and help them win the league title that eluded him at north London.