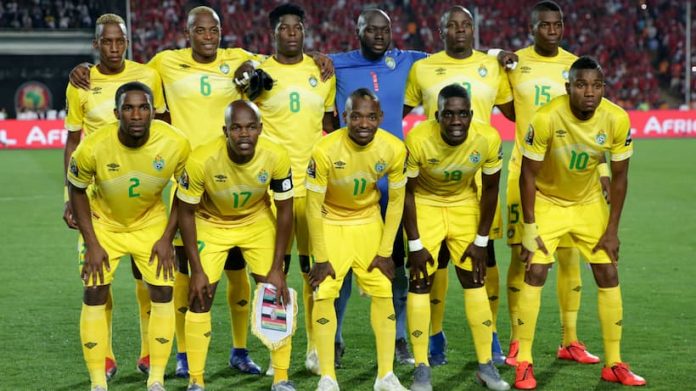 Guinea take on Zimbabwe in AFCON Group B this afternoon knowing that a point is all they need to qualify for the knockout round.

Zimbabwe got off to a bad start in the competition, losing their opening two fixtures, and can no longer qualify for the next stage. But, with pride on the line, expect to see the Warriors go to battle as they aim to halt Guinea’s campaign.

If you’re looking to watch Zimbabwe vs Guinea this afternoon, then look no further than Livescorebet.

By signing up to Livescorebet, it’s possible to watch a high-quality stream of the game.

Just ensure your betting account is funded or that you’ve placed a bet within 24 hours of the event to tune in.

You can join Livescorebet by clicking the link below, which also allows you to claim a lucrative welcome offer and effectively bet on the game for free.

Guinea drew 0-0 with Senegal on Friday, leaving Syli National with four points from two games played in AFCON Group B and on the verge of qualification. One more point will ensure safe passage to the next round.

However, despite their somewhat lowly standing in the group having amassed zero points to date, Zimbabwe have proven to be quite the thorn in the side of Guinea in recent meetings: in the last eight competitive matches, Guinea have defeated Zimbabwe only once. So, expect a tight contest at the Stade Ahmadou Ahidjo.

Zimbabwe lost their second successive AFCON Group B game when they were defeated 2-1 by Malawi last week – the result means that the Warriors can no longer qualify for the next round.

Ishmael Wadi netted the first goal of the tournament for Zimbabwe, but Malawi hit back with two goals from Gabadinho Mhango to take the three points and keep their qualification hopes alive.

Eliminated and now without a win in 14 games in all competitions, Zimbabwe are likely to be low on confidence heading into this one, which should lead to a positive afternoon for Guinea.

But, stranger things have happened. As mentioned, Guinea’s record against the Warriors in recent matches has been appalling, and, if Liverpool’s Naby Keita and co. play at anything less than their best, Zimbabwe still have enough about them to cause an upset.

For Zimbabwe vs Guinea betting offers, click the link

For information on Zimbabwe vs Guinea betting predictions, click here

When does Zimbabwe vs Guinea kick-off?

The AFCON Group B encounter: Zimbabwe vs Guinea kicks off at 16:00 BST, on the 18th of January, at the Stade Ahmadou Ahidjo.

The only Zimbabwean player to score thus far at the Africa Cup of Nations, Ishmael Wadi is a major doubt for today’s game after coming off with an injury towards the end of the match against Malawi. Prince Dube is expected to lead the line in his absence.

Guinea team news
RB Leipzig midfielder, Ilaix Moriba, is expected to drop back to the bench after a quiet afternoon in his last appearance, with the Guinea side expected to revert to the more familiar midfield combo of Keita, Diawara, and Conte.