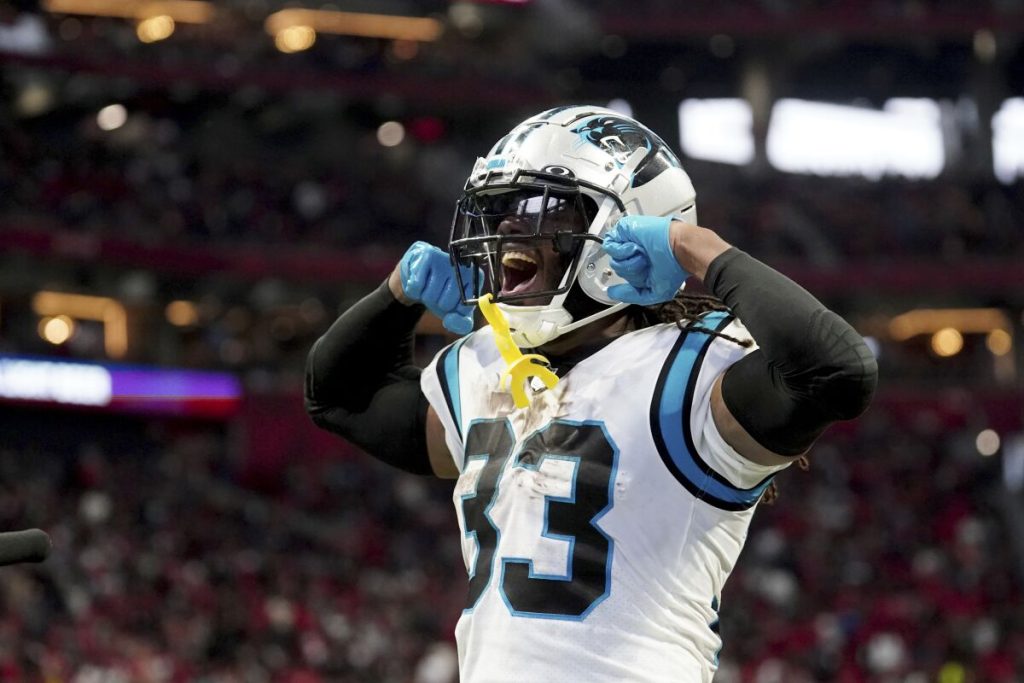 Carolina Panthers running back D’Onta Foreman will look for continued success as the Panthers host the Atlanta Falcons on Thursday Night Football.

These two teams met just a few weeks ago. Atlanta was victories in a game where Carolina should’ve won on a couple occasions. The Carolina offense showed out as they took advantage of a bad Atlanta defense.

Running back D’Onta Foreman was one of the main benefactors of this. He had 26 carries for 118 yards and three touchdowns. This was definitely a career game for him. Wide receiver DJ Moore also had his best game of the season. He had 6 receptions for 156 yards and caught the game tying Hail Mary touchdown catch at the end of the game.

Moore producing against this defense was not surprising, but Foreman’s was not. Foreman was deemed one of the starting running backs after Christian McCaffrey was traded to the San Fransisco 49ers. Him and Chuba Hubbard were both co-starters according to interim head coach Steve Wilks. Wilks said they will go with a committee approach for this backfield, however.

Hubbard has been out with an ankle injury for the past two weeks,however, and that has open the door for Foreman to take the job as the workhorse. Foreman was unfortunately fazed out, however, in last week’s game against the Cincinnati Bengals. Cincinnati blew them out so they did not really need Foreman to produce as they were behind pretty much the entire game.

Foreman is not known as a pass catcher while Hubbard is. Hubbard is expected to be back for tonight’s game. It may be a split like it was back before Hubbard got injured. 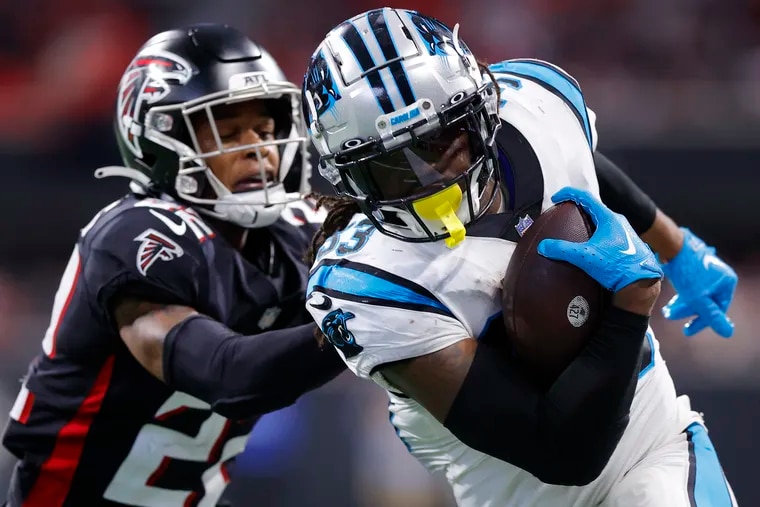 One would think Atlanta would like to limit Carolina’s running back production given Foreman’s past performance against them. The Falcons want to let Panthers starting quarterback to beat them with the passing game.

Atlanta is a -2.5 point favorite in tonight’s game according to NFL betting sites.