South Carolina Gamecocks Beat Clemson on the Field and on Twitter 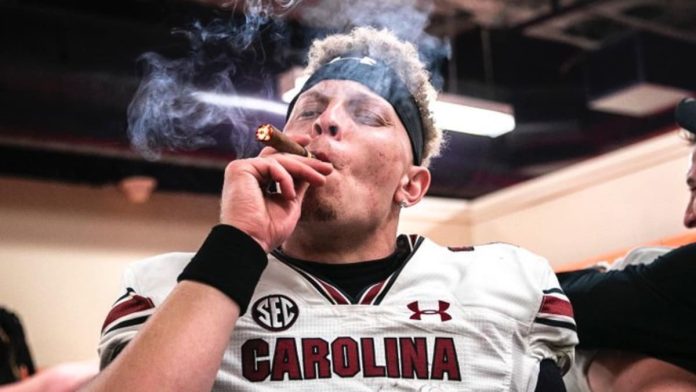 It’s been a great couple of weeks to be a Gamecock. South Carolina have upset two top-ten teams in their last two games and their fans are in love with head coach Shane Beamer. After upsetting the fifth ranked Tennessee Volunteers the previous week, this weekend they upset their eighth ranked rivals, the Clemson Tigers. After ending Clemson’s College Football Playoff hopes, the Gamecocks then took to trolling their rivals on Twitter. Two wins against your rival in just a couple of days must feel sweet.

Separated by just a two-hour drive through the streets of South Carolina, it is only natural that Clemson and the Gamecocks don’t see eye-to-eye. The Tigers have had the better of the rivalry over the past few years and would have been confident of a win on Saturday. Their social media team appeared to be, at least.

It was a very good tweet, but it only works if Clemson does the business on the field. Unfortunately for the Tigers social team, Spencer Rattler and the Gamecocks upset Clemson 31-30 in a thrilling game.

Fixed it for you

With the upset victory on the field, came the chance for a Twitter troll too. The Gamecocks social media did not disappoint. In a reworked version of the Clemson tweet, the cockerel was now sat on a tiger skin rug looking out at the field with the tweet simply reading,

Insinuating that the photo cockerel had won the fight against the tiger and used his skin as a rug was a touch of genius from the South Carolina social media team. Their fantastic Photoshop skills were on display as was their excellent sense of humor.

Clemson takes the L on the field and on Twitter in Rivalry Week.