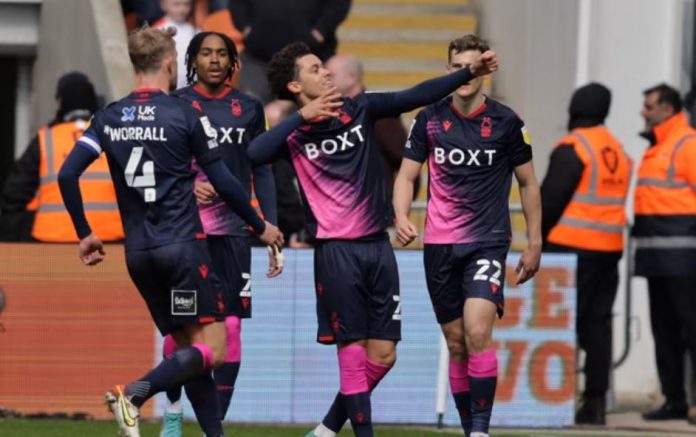 This evening, Nottingham Forest will take on Coventry City in the Championship.
Nottingham Forest will be seeking to build on their recent success, having won four of their past five games. Since his appointment, Steve Cooper has turned the City Ground into a fortress, and the team hasn’t lost a home game since December.

The Sky Blues will be trying to improve on their recent run after losing their past three league matches. In recent months, the West Midlands side has struggled defensively, failing to keep a clean sheet since February.

Nottingham Forest may climb into the play-off places with a win, leapfrogging Blackburn Rovers and Middlesbrough in the process.

Coventry City might climb up to the tenth position, surpassing Millwall and putting them on a level with QPR in terms of points.

Centre-back After hurting his ankle against Reading last month, Steve Cook is out. Max Lowe suffered a groin injury in the same game and is currently unavailable.