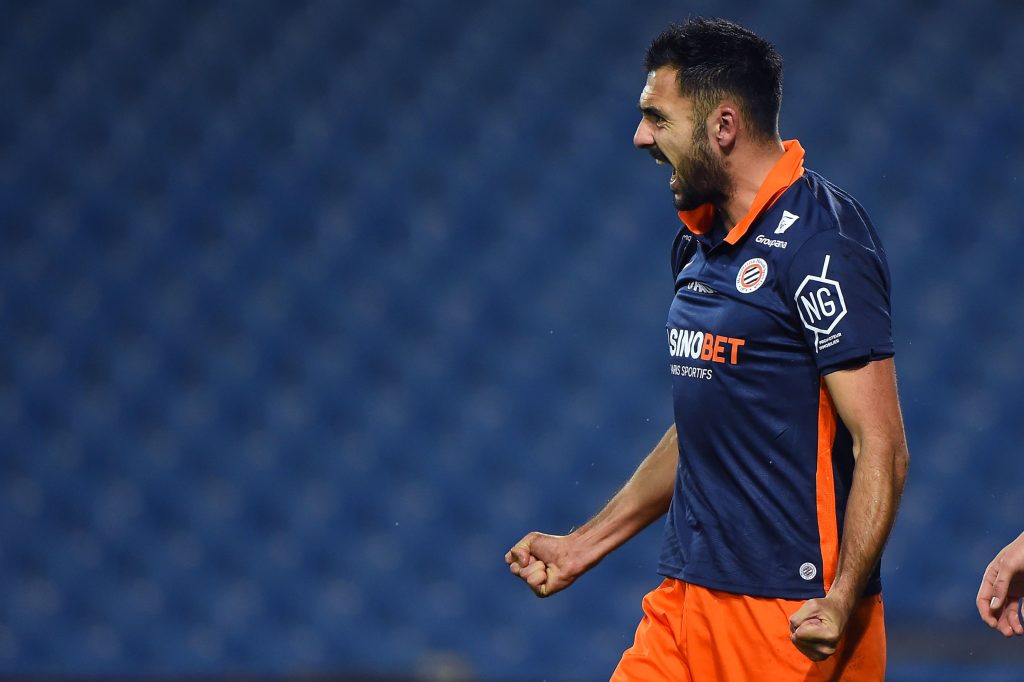 Montpellier President Laurent Nicollin has confirmed that West Ham United are keen on signing French forward Gaetan Laborde before the end of the January transfer window.

However, he insists that the Hammers are yet to table a formal offer for the 26-year-old.

Manager David Moyes wants a new striker following the departure of Sebastien Haller, and he has confirmed that the club are scouring the market in order to land one in the coming days.

West Ham are said to be considering a £16 million deal to sign Laborde, and while Montpellier are expected to listen to offers, it doesn’t appear that any has been tabled.

“I have not received any offers from a club on my table for Gaetan Laborde,” Nicollin told Telefoot Chaine (via GFFN).

“His agent called me to tell me about interest from West Ham but I have not had any formal offers from Gaetan.”

With six goals and six assists to his name in 20 Ligue 1 games in 2020-21, Laborde surely looks like the real deal and could be a fine addition to the Hammers attack.

Wolverhampton Wanderers are also said to be keeping tabs on the French attacker and could be very keen to snap him up with Raul Jimenez out of action due to a fractured skull.

18-year-old Fabio Silva has been Wolves’ only striking option, and the team have struggled in the absence of the injured Mexican.

Laborde could prove to be an upgrade on the Portuguese kid and provide competition and cover when Jimenez returns, but Nuno Espirito Santo’s side and West Ham face stiff competition for his signature from two unnamed Bundesliga clubs who are monitoring the player closely.

With French top-flight clubs badly in need of money after Mediapro, a TV rights holder, withheld two successive payments, Montpellier could be willing to cash in on the 26-year-old if Wolves or West Ham table a juicy offer this month, and it will be interesting to see who wins the race for his services.