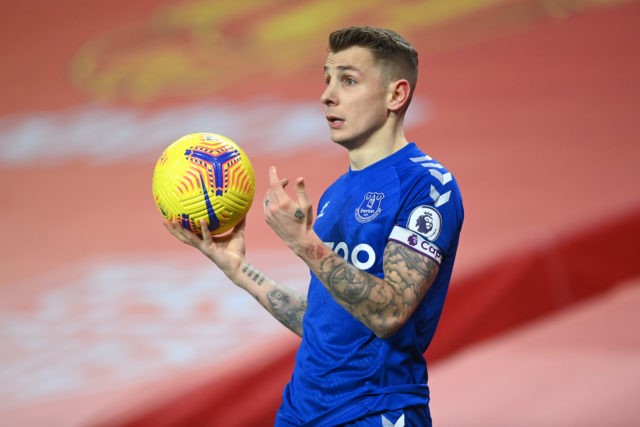 West Ham are interested in signing Lucas Digne who is currently on the books of Everton, according to reports.

The 28-year-old made a positive start to the season, playing 13 of the 14 Premier League matches for the Toffees.

However, he fell out of favour with Rafael Benitez after the left-back argued with the Spanish boss over tactics prior to their match against Arsenal last month.

The French footballer hasn’t played any game for the Merseyside club since then and he remained an unused substitute in their recent 3-2 loss against Brighton.

Now as per Sky Sports, West Ham are keen to sign Lucas Digne in the January transfer window.

It has been reported that the Toffees want around £30 million to let the France international leave Goodison Park.

The Hammers face competition for the 28-year-old as Chelsea and Newcastle United have also been credited with an interest.

Napoli are also said to be interested in him but the Serie A side are keen to secure a loan deal with an option to buy, which doesn’t suit Everton.

David Moyes is currently dealing with injuries to several of his key players and will be desperate to bring in reinforcements this month.

The Scottish football expert lost Kurt Zouma and Angelo Ogbonna to injuries while Aaron Cresswell has also been sidelined due to a knock.

The Hammers are now targeting Digne to boost their hopes for a top four finish this season.