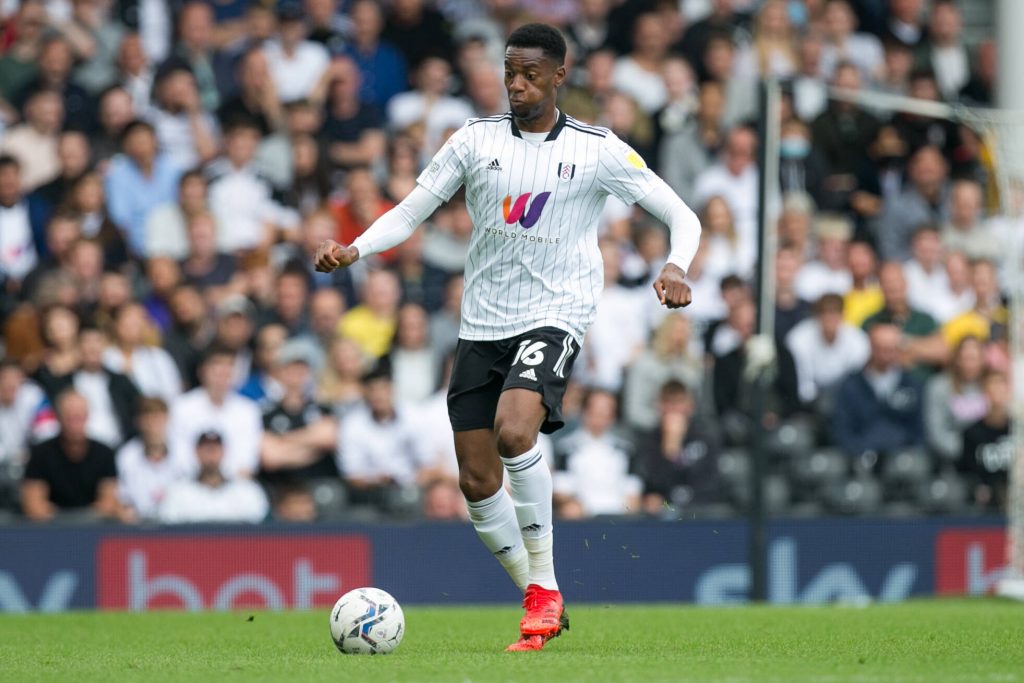 West Ham United are interested in signing Tosin Adarabioyo who is currently on the books of Fulham, according to reports.

The 24-year-old has been earning rave reviews in the Championship for the Whites this season.

He has clocked up 19 league appearances so far, earning a goal in the process (stats from Transfermarkt).

The centre-back also helped the Cottagers to keep five clean sheets, who are currently second in the table with 45 points.

His performances have caught the attention of the Hammers who are keen to bring him to the London Stadium, according to the West Ham Way podcast(via Hammers News),

The Irons boss David Moyes has reportedly identified the English footballer as a potential target in the January transfer window.

Kurt Zouma, who they signed from Chelsea in a £29.8 million deal in the summer, picked up a knock earlier this month and is expected to remain sidelined until at least February.

While Angelo Ogbonna damaged his cruciate ligament last month and he could be unavailable for the season.

The Hammers, who are aiming to finish in the top four this campaign, look in desperate need of a new defender.

Adarabioyo would be an excellent addition for them as he has proved his abilities in the Championship.

The Irons should do everything in their power to secure a deal for the 24-year-old.