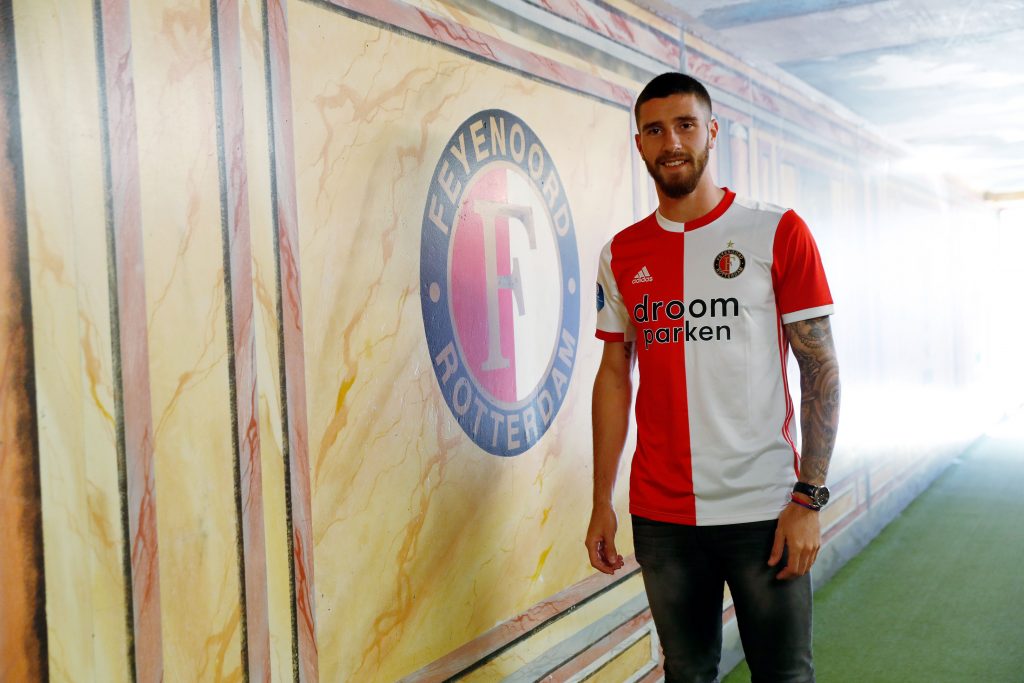 West Ham are interested in signing Marcos Senesi who is currently on the books of Feyenoord, according to reports.

The 24-year-old has been impressive for the Eredivisie side this season. He started 15 league matches for the Dutch outfit this campaign, missing only a single game due to a groin injury.

The Argentine footballer also scored a goal in Feyenoord’s previous league encounter against Groningen which ultimately ended in a 1-1 draw.

The talented defender joined the Dutch club from San Lorenzo in September 2019. Since then, he has clocked up 91 league appearances for the Rotterdam based side, with seven goals to his name.

His performances in the Netherlands have caught the attention of some of the top European clubs.

According to a report from 90MIN, West Ham are among a host of admirers of Marcos Senesi and are keen to secure his signature.

However, Tottenham Hotspur and Leeds United are also interested in signing the 24-year-old who is currently regarded as one of the best defenders in Dutch football.

Roma and Napoli have also been linked with him while Spanish giants Barcelona are also said to have enquired about the player earlier this year.

David Moyes’ side look in need of a new defender in the January transfer window. Kurt Zouma, who they signed in the summer for £29 million, will likely be out for weeks after he picked up a knock in their 3-2 victory over Chelsea.

While Angelo Ogbonna will remain sidelined for the season due to a knee injury.