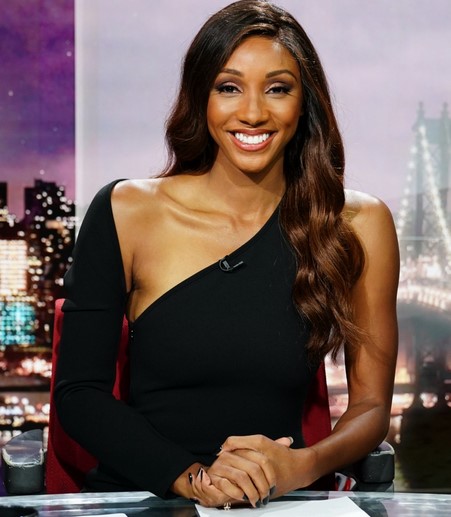 When NBC’s prime time coverage of the Big Ten kicks off next year, a familiar face will be at the helm. Maria Taylor will be the studio host of the show.

Maria Taylor is returning to college football, per @AndrewMarchand.

Taylor is the current host of NBC’s ‘Football Night in America’, the network’s NFL show that leads into ‘Sunday Night Football.’ As well as her newfound college football duties, she will continue to host the NFL show.

Taylor made the move to NBC from ESPN in 2021 after a phone call that contained her then colleague, Rachel Nichols stating Taylor had only received the NBA Finals gig with the company because of her race.

Despite an increased contract offer from ESPN, Taylor moved on to NBC.

A return to her roots

Taylor has covered a variety of sports in her career, but started out on national television with a sideline reporter gig on ESPN’s NCAAF coverage.

Taylor has covered NCAA football on the SEC Network as an analyst and appeared on multiple college football shows for ESPN.

When Samantha Ponder left ESPN’s flagship college football show, ‘College GameDay’, Taylor was her replacement back in 2017. Additionally, she hosted the College Football Playoff coverage later in her career.

Despite covering NBA, NCAAW basketball, NCAAM basketball, and volleyball in her career, Taylor now heads back to where it all began, college football.

With her hosting skills putting her in the elite broadcasting category, Taylor will now attempt to thrust NBC’s Big Ten coverage into the spotlight.