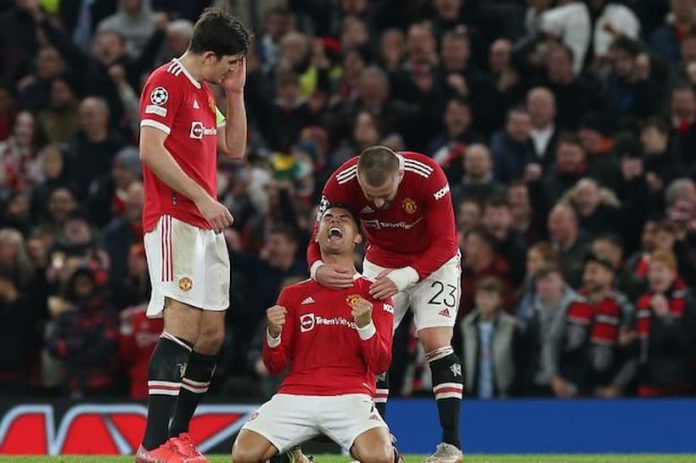 Manchester United take on Tottenham Hotspur at the Old Trafford in a game where three points are vital for both sides.

The game kicks of at 17:30 GMT at Old Trafford and will be the home team’s last league outing of March. They welcome Atletico Madrid next Tuesday for the second leg of the Champions League Round of 16 encounter.

United would be eager to bounce back from the disappointing 4-1 defeat in the Manchester Derby and a lot of changes are likely to be made.

Luke Shaw is absent after testing positive for COVID-19. The full-back missed the previous encounter due to the same reason. However, Raphael Varane is set to return after recovering from it.

Both Cristiano Ronaldo and Edinson Cavani are available after injury problems.

Scott McTominay is likely to miss the encounter due to a calf injury. A lack of attacking options might force Rangnick’s hand, with the German tactician likely to give Marcus Rashford a rare start. Aaron Wan-Bissaka had a shocker at the Etihad and is likely to drop to the bench, with Diogo Dalot given a start.