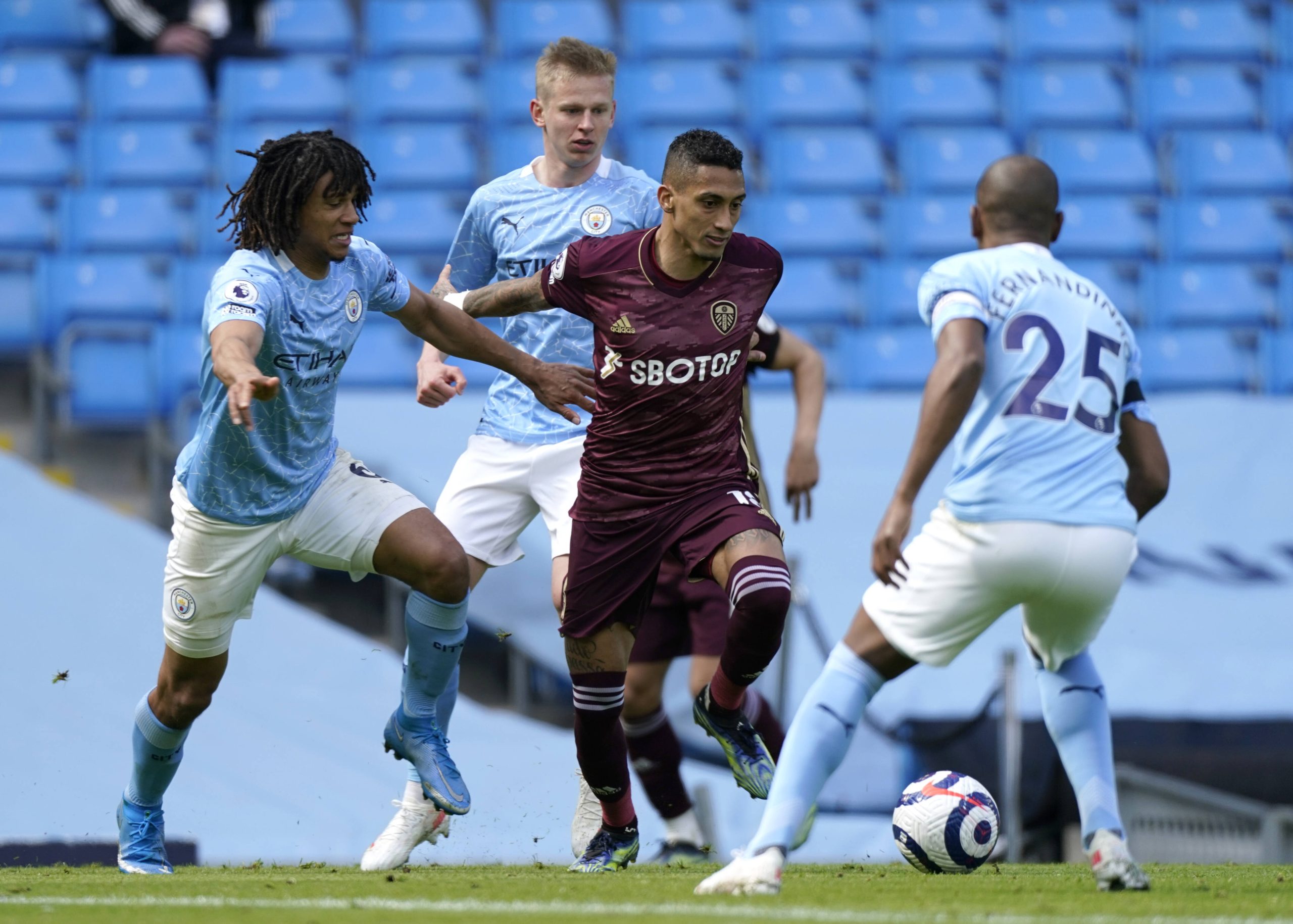 According to Sportitalia TV journalist Gianluigi Longari, Manchester City have joined Manchester United and Liverpool in the race for Leeds United winger Raphinha.

Manchester City join the race for Leeds United winger #Raphinha. Manchester United and Liverpool still interested in him, confirmed. Nothing decided yet cause #LUFC want to keep him. #MUFC #LFC #MCFC @tvdellosport

The Brazilian attacking midfielder has hit the ground running since moving to Elland Road from Rennes last summer, and the Premier League big guns are keeping tabs on him.

Raphinha has bagged six goals and six assists in 26 league games for Leeds, and he has been a huge miss for head coach Marcelo Bielsa’s side since getting injured.

His last appearance came in the Whites’ 2-1 win over Man City at the Etihad Stadium, and he missed their impressive draws against Liverpool and Man Utd.

While the 24-year-old was not able to prove himself against two of his suitors, it appears that he caught the attention of Pep Guardiola and his coaching crew.

Raphinha established himself as one of Bielsa’s key players within just a few months, and the Argentine will not be keen to lose such an influential attacker after just a season.

However, the riches of Man City could be too tempting for the Brazilian should they come calling.

Guardiola’s side will not only be offering him better wages, there is also the chance to play regular Champions League football and challenge for silverware every season.

Leeds want to become a top-six side, and they need to keep players like Raphinha to have that chance.

More clubs are expected to join Man City, Liverpool and the Red Devils in the race for the explosive attacker this summer, and Leeds could find it difficult to retain his services.