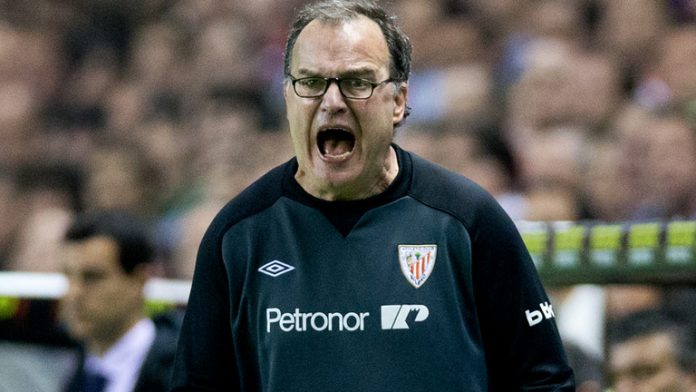 The Marcelo Bielsa era gets unerway at Elland Road on Sunday as Leeds United take on Stoke City.

The 63-year-old’s appointment has been widely praised by people within the game, with the likes of Pep Guariolda and Mauricio Pochettino eager to give their backing to a coach who inspired their progression in football.

Bielsa didn’t last long in his previous two jobs with Lazio and Lille, but Pochettino believes he will be successful at Leeds.

“Marcelo is a great coach – I wish all the best to him,” he said.

“It will be tough to adapt his methodology to Leeds because he needs time.

“It will be a big challenge for him and he deserves to be in one of the best leagues.

“Of course Leeds is a big club and I hope that he brings Leeds to the Premier League and will be a fantastic success.”

Leeds fans have had a tough few years since the club was relegated from the top flight back in 2004. However, Bielsa could be the man to spark the Yorkshire club back into life.

4/1 to win promotion? There are worse bets around at the moment.

A slightly diffeent take on our tales from social media today. Take a look at this and try not to smile. If you manage it, you probably have no soul.

Apparently Rihanna might have a new album out in the not-too-distant future. Save yourself from the upcoming assault on your eardrums with this top tune.

Fleetwood Town 0 – 1 AFC Wimbledon. Oh dear, Joseph. Not as easy as it looks is it?